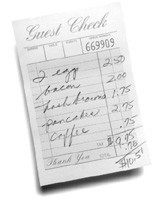 Banking on breakfast for sustenance during the coming holidays

When I was a student at Santa Rosa High School in the 1990s, it became somewhat of a Wednesday tradition to ditch first period (OK–and sometimes second period, too) for a window table and eggs Florentine at Hank’s Creekside Cafe. Kind, upstanding Hank probably wouldn’t have liked knowing he had a gang of truants giggling into their coffee at 8am, but my friends and I loved the restaurant so much it was worth the occasional repercussion to avoid the lines that inevitably snaked around the block and into the parking lot next door on the weekends.

After moving our educations next door to the junior college, we expanded our minds and our stomachs, realizing that nothing settles one’s stomach better after a night of heavy drinking–as only 19- and 20-year-olds living on their own for the first time can do–like a big, greasy, American breakfast.

During the following years, we began to travel, eating croissants and drinking espresso in Europe on college exchanges, but a good greasy breakfast was still quite welcome. While I am often rankled by my country’s lack of finesse and culture, I am never irked by its breakfast offerings.

The American breakfast was born on the frontier. Those hearty pioneers didn’t have a lot to work with in those dark, early mornings; coffee grounds, slabs of pork and white flour were pretty much it. Two hundred years later, we’re still starting the day with white flour and pork fat, and I’ve appreciated my country many a morning when I know nothing’s going to wipe out the pain of the night before better than a healthy dose of sausage gravy spread over buttermilk biscuits.

A four-course meal with accompanying wines and cocktails is one of my most treasured ways to spend an evening, but there’s just really something to be said for the simple, greasy, breakfast–particularly with holiday madness stampeding down upon us.

With that in mind, we’ve compiled a highly subjective list of breakfast bounty, greasy spoons offering solid country cookin’ and a comforting lack of any of the pretense that seems to increasingly surround our dining culture more and more.

Hank’s Creekside Bustling from its 6am opening time (7am on Sundays) until the late brunchers stagger in beneath their sunglasses, Hank’s Creekside will roll off the tip of any native’s tongue as the defining breakfast spot. Run by Hank, his wife and their many children, the Creekside has a way of making everyone feel like family. The staff at Hank’s is as loving as the food is good, and it’s an amazing thing to watch the fry cooks flip hundreds of eggs an hour without breaking a one.

Fancier specials like chicken-apple sausage are cheerfully written in neon on blackboards, and staples like omelettes and biscuits and gravy will settle the stomach of anyone who’s reveled a little too long the night before. And, of course, the crowning glory of Hank’s is the Santa Rosa Creek running right below, which diners can watch through a lush canopy of tangled green trees and plants. Be sure to check out the women’s bathroom, even if you’re a man. 2800 Fourth St., Santa Rosa. Open for breakfast and lunch until 2pm daily. 707.575.8839.

Mac’s Kosher Style Deli While it’s always been a mystery to me as to what the kosher-style vs. just plain kosher means, one thing at Mac’s Deli is clear: they’ve got a damn good breakfast. A favorite spot for a prework lox scramble or a lunchtime Reuben, Mac’s offers a giant menu and no-frills service, as the friendly owners look on from behind the long counter, which is filled with regulars whiling away the morning over a newspaper and a bottomless cup of coffee.

Giant booths comfortably swallow one up, and a few tables provide a “see-and-be-seen” view of downtown’s Fourth Street. Sunshine seems to penetrate every corner of Mac’s, even on a foggy day, and your mood is instantly elevated after entering upon sighting your favorite booth and realizing the imminence of devouring fresh eggs and very strong coffee. 630 Fourth St., Santa Rosa. Open for breakfast and lunch, Monday-Saturday. 707.545.3785.

Singletree Inn In the midst of Healdsburg’s rapid spiral upward toward gentrification, the old-fashioned Singletree Inn stands strong. Still offering a two-egg breakfast with hash browns and bacon for under $5 (just $2.95 from 7am to 9am), the Singletree has been grating potatoes and frying them up since my grandma went to Healdsburg High School. Often, the continuation of the bar-party-living-room couch, this is where you’ll find the cooks who prepared the four-star dinners the night before, washing down the simple fare with coffee or Budweiser (or both). 165 Healdsburg Ave., Healdsburg. Open for breakfast and lunch until 3pm daily. 707.433.8263.

Flaky Cream Do-Nuts & Coffee Shop A local favorite for more than 40 years, the Flaky Cream Do-Nut seems untouched by time. Wedged in between a fancy cheese shop and right next to the “Baby Goat” (the Flying Goat Coffee Shop’s little brother), Flaky Cream makes doughnuts and pastries fresh daily, and has deliciously creamy and fluffy scrambled eggs. Although it’s probably a major faux pas to bring in an outside beverage, the kind staff have turned a blind eye to my Flying Goat coffee cup on some mornings. (It’s probably better to get your caffeine fix after swallowing the last flakey morsel if you want high-end espresso and not the stuff from the clear glass pot). 441 Center St., Healdsburg. Open for breakfast and lunch (if you can call doughnuts lunch), daily. 707.433.3895.

Diana’s Market y Taqueria A tiny little corner store on Old Redwood Highway between Windsor and Healdsburg, Diana’s Market unassumingly serves up the best chorizo breakfast burrito this sausage connoisseur’s ever had. I’ve passed many a friendly morning with Grandma at the tables covered in Mexican oilcloth, splitting a breakfast burrito (they’re enormous, completely stuffed with exquisitely orange-dripping spicy chorizo). Selling Jarritos, candles in jars and queso fresco alongside the coffee and food at all times of the day, Diana’s is about as authentic as it gets. 10351 Old Redwood Hwy., Windsor. Open daily for breakfast, lunch and dinner. 707.838.1733.

D’s Diner More of a faux spoon than a greasy one, D’s Diner serves up 1950s comfort food with 21st-century quality and local ingredients. Diner booths with red-checkered tablecloths provide a friendly atmosphere that’s accentuated by the open kitchen.

The owner is on-hand, cooking and serving, and a barbecue lunch is something worth gnawing on (and costs half of what most other barbecue restaurants charge). 7260 Healdsburg Ave., Sebastopol. Open for breakfast, lunch and dinner until 9pm, Monday-Saturday; breakfast and lunch until 4pm, Sunday. 707.829.8080.

Parkside Cafe It was a close tie between the Cook House (327 S. A St., Santa Rosa; 707.526.2689) and the Parkside for this roundup. The Parkside won because of its enormous collection of trucker hats hanging from the rafters, which are so entertaining to read that you don’t even have to talk to your dining companions. Some of the friendliest service this side of Oklahoma (once, the waitress heard my groans and brought me two aspirin with my coffee) make it a welcome stop any time of the day. The traditional diner fare–chicken-fried steak and burgers–is brightened by daily specials. Plus, they deliver! 404 Santa Rosa Ave., Santa Rosa. Open from 6am for breakfast and lunch, daily. 707.573.5955.

Dipsea Cafe (200 Shoreline Hwy., Mill Valley; 415.381.0298) all view and attitude, great if you can ignore the stressed-out staff and the inevitable wait. Funky Two Bird Cafe (625 San Geronimo Valley Drive, San Geronimo; 415.488.0105) is the perfect place to fuel up for a long walk in the nearby Samuel P. Taylor Park. Gordon’s Cafe and Wine Bar (6770 Washington St., Yountville; 707.944.8246) morphs from nourishing breakfasts to French-style dinners as the light changes. The Three Cooks Cafe (841 Petaluma Blvd. N., Petaluma; 707.762.9886) actually only features one cook in its tiny environs and is the perfect place for a biscuits and gravy breakfast studded with sausage.