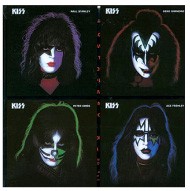 You don’t need to drive past a shuttered Tower Records emporium to know that the compact disc’s days as a fetish object are long-gone. Circumvented by digital downloading and outclassed by ever-shrinking iPods (which are a much better fit for regulation-sized holiday stockings), a compact disc is the perfect way to tell your loved one that you could only afford to spend as much time looking for their present as they’ll spend returning it.

However, a big old box set can be another story entirely. Most come with packaging worth more than 10 cents per unit as well as booklets containing actual liner notes. Many include rare, alternate and-or unreleased tracks, which, in some cases, don’t make it stunningly obvious why they’re rare, alternate and-or unreleased the first time you play them. Regardless of whether they set out to span a career or delve into countless outtakes for the obsessively completist, these supersized sets are designed to make recipients feel that they’re not just getting music, they’re getting a legacy.

So join us as we peruse some of this season’s stack of noteworthy musical boxes, a sampling that should be diverse enough for most musical tastes and recent enough that your giftees won’t already own a used copy. And, hey, worst case scenario: they’ll get a much bigger credit slip once they take it back.

For aging punks with multiple-disc players or a whole lot of time on their hands: Like liner notes? The Clash’s ‘Singles’ box set (19 discs; $135.49) includes a 44-page booklet with contributions from the Beastie Boys’ Mike D, U2’s the Edge, Primal Scream’s Bobby Gillespie, Trainspotting‘s Irvine Welsh, Sex Pistol Steve Jones and Blur-Gorillaz-the Good the Bad and the Queen frontman Damon Albarn. Add to that a CD for each of the band’s singles, including 7-inch single-style sleeves featuring original artwork, B-sides, 12-inch versions, promos and a rare NME-issued “Capital Radio EP,” and you’ve got a wet dream for aging punks and other fans of “the only band that mattered.” But how punk, exactly, is a $135 box set featuring vinyl relics that were all about low-budget immediacy? Then again, Strummer, Jones and company were all hardcore Mott the Hoople fans before they went punk anyway, so who cares?

For necrophiliacs and those who love them: If the Oliver Stone flick only enflamed your Jim Morrison obsession (it actually cured mine), you’ll be glad to know that ‘The Doors: Perception’ box set (six CDs plus six DVDs; $149.98) is due in stores this week. It devotes one CD to each of the Doors’ six studio albums, complete with alternate takes, false starts and dialogue, as well as accompanying DVDs with two videos each, notes, photo galleries and 5.1 audio mixes. Play ’em all back to back and you too can break on through to the other side.

For that special person who believes Crosby was the talented one: Also new this week, for those with more wistful sensibilities, is David Crosby’s ‘Voyage’ box set (three discs; $49.98). The first two discs are devoted to a trio of Byrds tracks and studio recordings of Crosby alone and with various members of CSN&Y. Disc three is primarily live and demo recordings of favorites like “Long Time Gone” and “The Lee Shore.” And don’t forget the set’s single never-issued song, “Kids and Dogs,” surely worth the $50 asking price on its own.

For those who think 75 bucks is a fair price for a good joke: Not to be confused with a Peter, Paul & Mary spinoff, the ‘Ace, Gene, Peter and Paul’ solos box set (four CDs; $76.49) features all four Kiss members’ less-than-legendary solo albums, a staple of used and cut-out record bins for decades. The CDs themselves are miniature versions of the original LP picture discs and come in gate-fold plastic sleeves. If all that weren’t enough, it also includes a Detroit Rock City bottle opener, a must for your next holiday soiree.

For those who need help with the terrible problem of having far too much money: Possibly the folks at Amazon’s idea of a joke (although some millionaire’s kid may yet benefit from it) is ‘The Definitive Box Set Collection,’ which brings together 51 box sets ranging from Motorhead’s Stone Deaf Forever (five discs; $59.98 if bought separately) to Thelonious Monk’s Columbia Years: ’62-’68 (three discs; $39.98) to Barry Manilow’s Complete Collection and Then Some (four discs; 49.98). For the schizophrenic on your gift list, this excessively eclectic mess could be just the thing.

Bonus: Although they’re not discounting the $2,836 list price, Amazon says this purchase does qualify for free super-saver shipping.