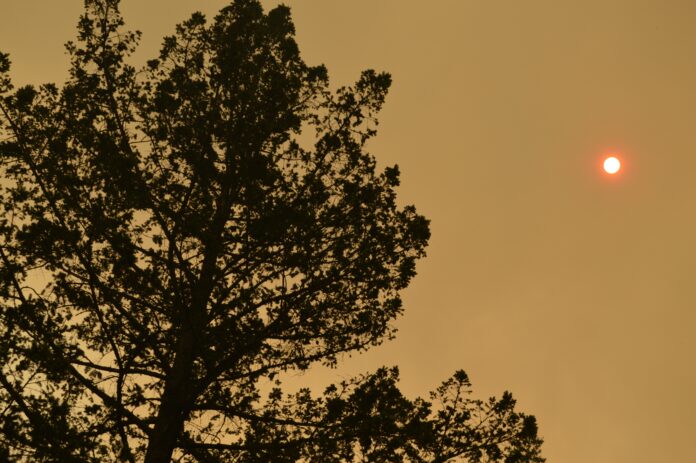 Red Flags until 8am; 22 dead in Sonoma County; PRMD in the evac zones

Red flag wind warnings are in effect until 8 a.m. in Sonoma County as more than 3,000 firefighters continued to fight the historic and catastrophic North Bay blazes overnight.

As of Saturday Cal-Fire reported the fires had burned 94,370 acres.

The Nuns Fire was 47,106 acres and 15 percent contained. The Norbomm, Adobe and Partrick have merged into the Nuns fire.

The Pocket fire was 11,246 acres with 15 percent containment.

The Oakmont fire on the east side of Hwy 12, near the Oakmont community, was 550 acres and 10 percent contained.

Boil-water advisories remain in effect in the following parts of the city:

• All residents who access their home off of Fountaingrove Parkway along Rincon Ridge Dr, Sedgemoore Dr, Hansford Court, and Parker Hill Rd.

Evacuation zones are being patrolled by 600 members of the National Guard, as more than 200 missing persons remain unaccounted for in the worst wildfires in state history. At least five persons have been arrested on looting charges. The Sonoma County Coroner’s Officer raised the death count to 22 on Saturday, and said notifications to next of kin were underway. Names of the deceased would be released once those notifications were made.

Early Sunday morning, the Sonoma County Sheriff’s Office (SCSO) said that as the county assesses evacuated areas of the unincorporated county for damage, citizens might encounter officials from the Permits and Resources Management Department (PMRD) in the evacuation zones.

SCSO warned against any civilian engagement with the officials, even if they suspect a person is claiming to be PRMD officials who may not be.

“Any citizen who encounters a Permit Sonoma Employee and questions their identification is encouraged to call Sheriff’s Dispatch 707-565-2121 and we will confirm their identification,” SCSO counseled. “While we appreciate the diligent efforts our citizens all over the county displayed to help thwart looting, we do need to ensure that Permit Sonoma Employees are able to safely conduct their inspections.” Bona fide county employees will have county vehicles that are plainly marked and will themselves prominently display their county ID cards.

Sonoma County District Attorney Jill Ravitch said Friday that the county would arrest and prosecute anyone who decided to falsely present themselves as a professional to gain access to evacuation zones or damaged buildings. Police had already arrested one man at the Luther Burbank Center who was wearing a security uniform and “pretending he had something to do,” Ravitch said.