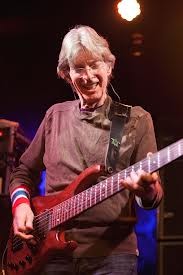 Q: What’s a ramble? A: It’s essentially a one-night stand without the guilt. Midnight rambles were originally started by Levon Helm of the Band, held at Helm’s studio known as “the Barn.” (As the nights went on, Helm once quipped, “the jokes would get a little funnier and the prettiest dancer would really get down and shake it a few times.”) Phil Lesh of the Grateful Dead keeps Helm’s tradition of rambles alive at Terrapin Crossroads, where you can catch him this week playing alongside Jackie Greene, Neal Casal, Tony Leone and Adam MacDougall. Thursday—Saturday, Feb. 7—10, at Terrapin Crossroads. 100 Yacht Club Drive, San Rafael. 7pm. $65. 415.542.2773.