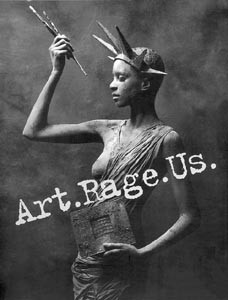 New books for the new season

While you’ve been surfin’ the sweet summer away, Sonoma County authors have been laboring in the vineyards, preparing a new crop of fall books to ease you into autumn.


A YOUNG GIRL’s repressed memory may hold vital clues to her mother’s murder in local writer Sarah Andrews’ fourth mystery. This time out, geologist/detective Emily “Em” Hansen finds herself unemployed and desperate. Her old boss dangles a job in front of her, but to get it, the straight-talking Em must get to the bottom of the killing of the man’s wife. An old journal and the woman’s traumatized daughter provide the only leads, but it’s not long before Em finds herself in the midst of danger as she closes in on a mysterious stranger who may hold the key.–P.S.

THERE’S A DARK, ominous feel to Penngrove writer Cydney Chadwick’s latest collection of short fiction. Inside the Hours feels like that quiet moment just before a thunderstorm begins, when every second in the stillness seems to carry a terrible significance. Chadwick’s characters are a diverse bunch, ranging from a disgruntled poet to an anorexic adolescent girl to an aging dog-park vigilante. But this motley crew is united by one characteristic: their alienation in an world full of absurdity. Chadwick recently won the New American Fiction Award for another, soon-to-be published collection of her shorts, so the quirky, compelling Inside the Hours is just a taste of things to come.–P.S.

GUALALA WRITER J. California Cooper’s third novel offers a moving account of an African American family struggling to survive and prosper in the tumultuous world of the post-Civil War South. Cooper’s prodigious storytelling skills and energetic narration produce a folksy style of writing that’s tough to put down. Her work as a playwright (she is the author of 17 plays) seems to have given her an excellent ear for dialogue, and it’s not hard to see why she was once named Black Playwright of the Year.–P.S.

EVER WONDER about what led to the naming of Hooker Creek? Want to know more about the ghost dog of Glen Ellen? If you’re looking for the inside scoop and dirty details behind the landmarks of the Sonoma Valley, then Arthur Dawson’s charming glimpse into local history is an excellent place to start. The Stories behind Sonoma Valley Place Names provides historical sketches, intriguing biographies of famous locals, and explanations for the naming of everything from Hippie Hollow to Kenwood to Hooker Creek (which was named after Civil War Gen. Joseph Hooker, whose penchant for loose women may have given rise to a new name for prostitutes).–P.S.

SANTA ROSA author Matthew Gollub teams up with illustrator Kazuko G. Stone to introduce children to Japan’s most famous poet, Jobayashi Yataro, better known as Issa. Filled with haiku (“Climb Mount Fuji, Snail, but slowly, slowly!”) and gorgeous pictures of the Japanese landscape, Cool Melons follows Issa from his childhood, when he is sent away by his father, through his poetry career (he eventually authored nearly 20,000 haikus), to the birth of his own daughter and her tragic death. Issa himself passes away in the end, but not before he becomes known as the “Lay Priest of the Temple of Poetry.”–P.S.

THERE’S NO doubt about it: Santa Claus takes a beating in local author Barry Kite’s new picture book about Christmas. We’re treated to Santa being shot from the sky by hunters on the Thames, Santa’s severed head being carefully examined by curious scientists, and Santa being hung from a tree by a holiday lynch mob. Then, Kite moves on to Frosty the Snowman, and things really get ugly. … –P.S.

Jonathan London
THIS PROLIFIC children’s author produces seemingly dozens of crisply written books a year from his west county home; here we synopsize the most recent four. London’s publishers take great care of him by picking excellent illustrators for his work, but the story lines, full of simple adventures and engaging characters, carry the books on their own.–M.W.

At the Edge of the Forest
(Walker Books; $15.99)
BLOODY PRINTS are easy to follow in the snowy forest surrounding a farm. But when the farmer and his son track a coyote down with a gun, what they find makes the trigger much harder to pull. Illustrated by Barbara Firth.

Ice Bear and Little Fox
(Dutton Children’s Books; $15.99)
JOIN THE SIMPLE wandering journey, thrilling for its starkness, of a newly adult polar bear and the fox that accompanies him for the sake of leftovers. Warning: This book contains graphic depictions of seal carcasses. Illustrated by Daniel San Souci.

Hurricane!
(Lothrop, Lee & Shephard Books; $16)
A HURRICANE turns lazy island living, with snorkeling and the occasional scorpion in a shoe, into a howling adventure for two brothers and their family vacationing in Puerto Rico. Illustrated by Henri Sorensen.

LIFE NEVER stays boring for long when the feisty, pigtailed Beezy is around. Beezy at Bat offers three new stories about the playful antics of this perky little girl and her friends, with colorful illustrations by Nancy Poydar.–P.S.

Art. Rage. Us: Art and Writing by Women with Breast Cancer
(Chronicle Books; $24.95)

SANTA ROSA artist Nancy Bellen is one of many Bay Area artists who contributed to this unique collection of artwork and writing. Art. Rage. Us is a powerful effort by over 70 creative women to engage and examine the subject of breast cancer. Their work communicates anguish, terror, anger, and hope as they relate the intimate details of their personal struggle with the disease and their search for healing. In every medium–through collage, painting, photography, and the written word–these women provide compelling perspectives on their illness and their effort to come to terms with the transformation of their bodies.–P.S.