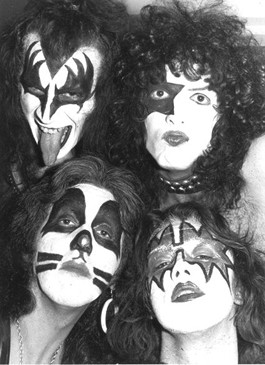 In August 2006, some 200-plus KISS fans massed at the Rock and Roll Hall of Fame museum in Cleveland, protesting the classic rock band’s eight-year-long omission from the Hall’s annual induction ballot. The KISS Army didn’t protest this year, when the Hall recently announced the nominees for its spring 2008 induction ceremonies, which include Madonna, the Beastie Boys, Donna Summer and Leonard Cohen. But there’s already blog talk of a KISS Army protest next year, as if fans have already accepted future neglect.

Why are certain acts consistently ignored by the Rock and Roll Hall of Fame? The present list of snubbees includes big names like Neil Diamond, Chicago, the Spinners and King Crimson. Like any modern institution, the Hall sets a standard that’s subject to the slippery area between personal tastes and historical truths. With its committee of powerful industry insiders (the likes of Rolling Stone publisher Jann Wenner and major patron Bruce Springsteen), the Hall has so far successfully created a rich preserve for our tremendous 20th-century American tradition of blues, gospel and folk-based music. But the Hall currently stands at a crossroads, where its solid track record of acknowledging known boomer-based critical favorites is at odds with the very expansiveness that ongoing rock culture has created.

As the Hall begins to recognize newly eligible punk and hip-hop acts (the rule is 25 years since an act’s first released recording), every fan of this or that older artist is bound to feel snubbed—or, in correct punk fashion, will make a point of choosing to not care. This year’s Beastie Boys nomination seems like a pick that tries to cover all bases. It’s more noticeable than ever that the Hall’s bias toward American roots music and industry tradition has found it consistently ignoring trailblazers of metal, progressive rock and indie punk.

The loudest outcry to this year’s nominees has come from Metallica fans, who feel incensed by the omission of the thrash titans in their first year of eligibility. I don’t have much sympathy here; most great artists don’t make the ballot in the first year they qualify. Besides, once a band inducts a forefather, as Metallica did with Black Sabbath at the 2007 ceremonies, they’re a future shoe-in.

Rush fans are the next most vocal anti-Hall group. They feel the bile of the missed nominations for both metal and prog. But no worries. Rush are Canadian and had ’80s pop-rock hits, so they stand a much better chance with the Hall than snubbed British classical concept-rockers like Yes and Jethro Tull. Indie-rockers shouldn’t worry about upcoming props, either. This year’s nomination of the Dave Clark Five, who made last year’s ballot but weren’t inducted, shows that the Hall is willing to go back and pick up marginal acts who had a damn bright 15 minutes of fame.

Can you or I or the Rock and Roll Hall of Fame really say what is great? I recently posed this question to a friend at a local bar, insisting that some rock music is obvious, objective Hall of Fame material. I asserted that the Rolling Stones, for example, absolutely must be in the Hall of Fame. “Or not,” he responded.

Which brings us back to KISS. I didn’t really care for them in high school, growing up in Arizona in the ’70s, when they were a current band. But I experienced them as a potent piece of culture. We used to ditch seventh period and take a 12-pack and as many joints as we could roll down to the Gila River in Leo Mercado’s truck, and we always blasted out KISS Alive and Destroyer. But I only really learned to love KISS later in college, during their decline, when I purchased a used vinyl copy of KISS Alive, complete with all the posters, for a mere 25 cents.

While a nominating committee in Cleveland decides which rock musicians it will honor this year or next year, KISS, like prog and punk, are already a part of rock’s continuum of historical fame because they have contributed to and spurred this great musical debate in the first place.

Previous ArticleWe Could Love that Tractor

Next ArticleFree from Illusion