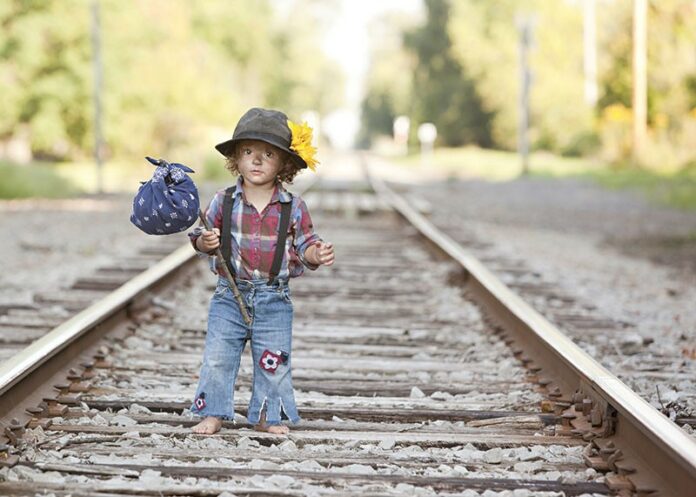 Hey, that's not a real hobo!

Napa state assemblyman Bill Dodd announced last week that Gov. Jerry Brown had signed a bill he wrote to expedite the “resolution process for victims of identity theft who find themselves in debt collection.”

That sounds like a terrible fate for anyone, and Dodd notes that he has himself been a victim of identity theft and knows first-hand that current law around identity theft is inadequate—it doesn’t require debt collectors to work expeditiously when investigating claims of identity theft “or notify a consumer of the results of that investigation,” according to a statement from his office.

Dodd’s bill got the thumbs-up from Sonoma County district attorney Jill Ravitch, who noted in a statement of her own that an individual’s credit rating is often where the consequences of laggard investigations into identity theft play out.

“Consumers can spend months trying to navigate through a confusing and overwhelming system to remove the negative reporting,” Ravitch says. “Any legislation that provides a more expedient resolution for cases of identity theft is a positive step for consumer protection.”

Dodd is a one-term assemblyman and a former longstanding Republican supervisor in Napa County who isn’t just a victim of identity theft; he claimed a new ID for himself. The shape-shifting pol, a social liberal and pro-biz conservative, jumped the GOP ship for the Democratic Party in late 2012 in advance of his run for the state Assembly. Now he’s running for state Senate in the 3rd District, the seat vacated by the termed-out Democrat Lois Wolk.

Dodd is hosting a Fraud Prevention Town Hall today (Sept. 21) at the Sonoma Community Center,
276 E. Napa St., Sonoma, 10am–noon. “Please join me and learn from the experts how best to protect your money and property,” Dodd says in a statement.

The Sebastopol Grange is hosting a four-candidate forum next Wednesday, Sept. 28, that features the quartet of would-be contenders for Sebastopol City Council. Craig Litwin is a write-in candidate who has been endorsed by Sen. Mike McGuire and is a former mayor and Sebastopol councilperson. Jonathon Greenberg has written for this paper a few times and says he was inspired to run by Bernie Sanders. Among his other passions, Greenberg is a big promoter of libraries.

Neysa Hinton says she’ll protect the environment and build affordable housing and invest in infrastructure. Sounds good. Michael Carnacchi, the Main Street cobbler and lawsuit-bringer—who played the role of David to the Goliath of U.S. Bancorp when the bank overreached after a four-day-late loan payment back in 2007 (he sued)—says he’s worried about traffic and parking downtown. How very prosaic. We’ll have more on this race and many others in our election issue blowout in November.

The Bohemian enjoyed a coffee-with-a-cop event earlier this year out in Roseland, and the Santa Rosa police force just keeps the events coming—next one’s at A’Roma Roasters Coffee & Tea in Railroad Square on Sept. 29 at 8:30am. This strikes us as a pretty choice locale for a meet-and-greet given the large numbers of downcast and downtrodden this part of town attracts, mostly because of the nearby Redwood Gospel Mission, and the hobo-draw of the railroad tracks. Santa Rosa city leaders have spent much time and energy in the last few years trying to deal with its large homeless-resident population, and it will be interesting to hear what Santa Rosa cops have to say about transience, trains and the criminalization of the homeless and mentally ill.

The Sonoma Coast Chapter of the Surfrider Foundation gave us the heads-up last week that the Sonoma Superior Court had ruled on Sept. 15 to “temporarily halt further logging of the controversial Gualala River floodplain within the ‘Dogwood’ timber harvest plan while litigation proceeds.” That logging plan was approved in July (see Will Parrish’s “Last Stands” in the July 27 issue) and includes some 300 acres of redwood stands with trees up to 100 years old. Doug Bosco, the well-connected former congressman, California Coastal Commission chairman and current general counsel at the Press Democrat, is one of the lawyers representing Gualala Redwoods Timber, which wants to cut the trees down. Now the county says no logging while the injunction is in place. FYI: trees are the source material of paper, on which news is occasionally printed.

The California Growers Association got in touch with us with a schedule of pre-regulatory meetings being held by various state agencies around California, the ones that are “responsible for licensing cannabis businesses.” And so it was that the State Water Resources Control Board met in Ukiah and Eureka and Weed (no, really); the California Department of Food and Agriculture held meetings all over the state and in Oakland and Coalinga this week. How about a little pre-regulatory love for Santa Rosa? Coming right up. The Bureau of Medical Cannabis Regulations and the California Department of Public Health are hosting meetings for transporters, manufacturers, distributors, labs and retailers, beginning on Sept. 19 in Redding and going through Oct. 5 in San Diego, with a stop-off in Santa Rosa this Thursday (Sept. 22). The event runs most of the day, 1–7pm, at the Santa Rosa Veterans Memorial Building, Lodge Room, 1351 Maple Ave.