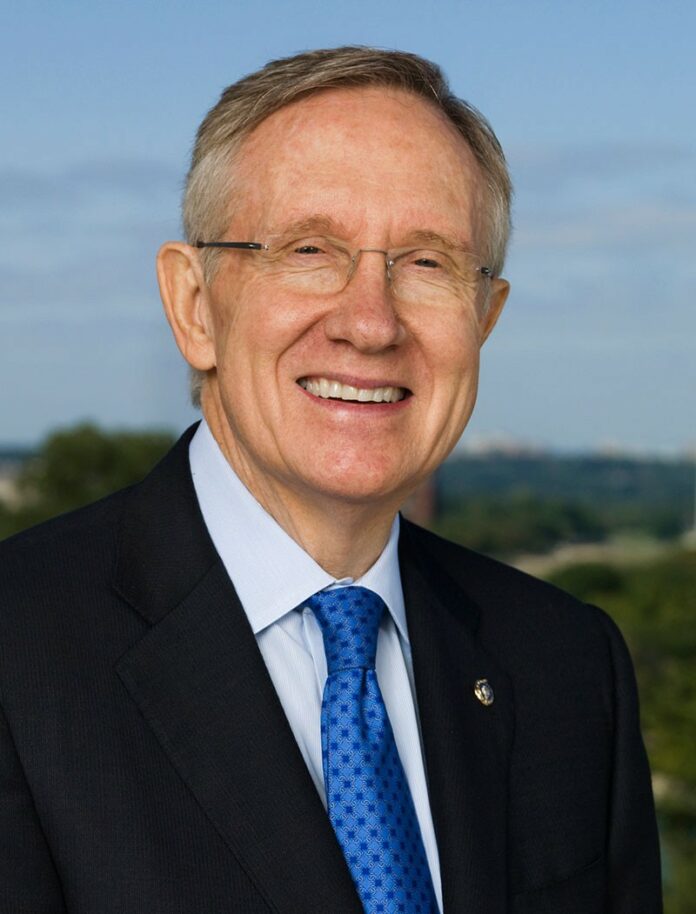 U.S. Rep. Jared Huffman was one of 72 Democrats in the House of Representatives who voted last week to override President Barack Obama’s veto of a controversial bill that would allow families of 9-11 victims to sue Saudi Arabia in American courts for damages.

Huffman joined with the majority of Republican Congressmen to override the Obama veto; in the Senate, Nevada’s Harry Reid (pictured) was the lone Democrat to support the veto, as the vote there was 97–1. Back in the house, St. Helena blue-dog Democrat Mike Thompson voted to uphold the veto.

The Republican-controlled Congress pushed through the 9-11 bill despite the Obama administration’s efforts to derail it on the grounds that the measure creates an unintended consequence of whopping import by upending a long-held cornerstone of international law known as “sovereign immunity,” which holds that governments can’t be sued by individuals from foreign countries—unless the government is a state sponsor of terrorism, which Saudi Arabia isn’t.

Obama spokesman Josh Earnest wasted no time in declaring the Congressional shenanigans over the 9-11 bill to be the single most embarrassing episode in an obstructionist circus that’s been ongoing since 2010, when Tea Party Republicans took over the House.

After gloating about how they’d overridden an Obama veto for this first time in his administration—and did so in service of 9-11 families—a group of 25 senators who had all supported the override said the bill they had just passed was terrible and would lead to unintended negative consequences to American national security.

They then blamed Obama for the bill that they had written and voted on and said he wasn’t clear enough about what was wrong with it—even as they cited the reasons he has given since April as to why it’s a bad idea to let private citizens sue foreign governments. For one thing, it could open the door to lawsuits against the American government, which, for example has drone-blown its share of Pakistani weddings over the years. The confused lawmakers could have asked fellow GOP Congressman Darrell Issa what was wrong with the bill—the California Cro-Mag is a notorious Obama hater but knew enough to not override the veto, no matter the juicy short-term savor of vengeance it might provide.

Huffman? Well, it’s true that he has offered bills of his own that smack of a kind of meta-media patriotic posturing, however well-intentioned they may be. He introduced a bill to ban Confederate flags in national cemeteries, despite that not being much of a local issue, and he waded into hot-button partisan affairs with a recent bill he offered that would have let the IRS, instead of the New York Times, release Donald Trump’s taxes. But as Obama himself noted, voting against 9-11 families in an election year (or any year) is not good politics, even if it’s the hard and right thing to do.

For his part, Huffman defends his decision because families of the 9-11 victims “deserve their day in court.”

“I came down on the side of access to justice,” he says, adding that immunity from prosecution is not a progressive value he supports.

Huffman is comfortable with the bill because he says it carves out a narrow exemption for the families, which he says won’t open the floodgates to suits against the United States.