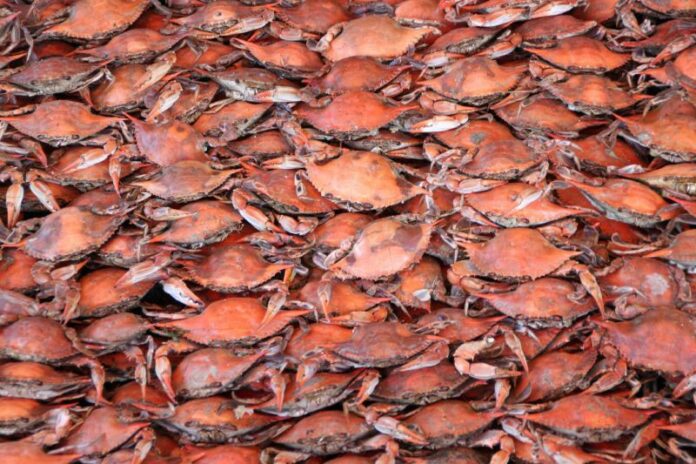 The latest information on Dungeness and rock crab fisheries, posted by the California Department of Public Health (CDPH) last week, shows a continued decline in domoic acid levels where the state has tested them.

But there’s no signal from the California Department of Fish and Wildlife that the declines are enough to trigger a reopening of the fisheries, which were shut down in early November due to high levels of the potentially fatal neurotoxin appearing in the otherwise delicious crustaceans.

The CDPH has updated its handy domoic-acid chart week by week as it monitors crab populations up and down the California coast, from Crescent City in Humboldt County to Morro Bay in San Luis Obispo County.

In order to reopen the crab fisheries, state health officials need to see an average two-week statewide drop in domoic acid levels to below 30 parts per million (ppm).

To the south, domoic levels have dropped far below that mark, but the levels remain high in ports north of Bodega Bay, even as the general trend is looking good across the California coastline as a whole.

Crabs near the Russian River
are coming in at an average of
25.8 ppm of domoic acid, but half the sample set collected on
Nov. 16 had levels that remained above 30 ppm.