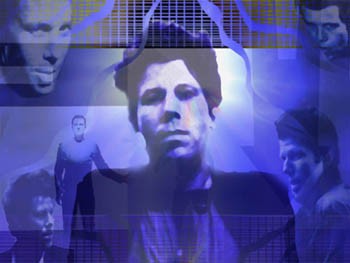 Actually, these stellar acts all have very cool tracks on Connections 2, a new compilation of 22 Northern California musicians that’s not only a benefit for local public radio station KRCB 90.9-FM, but is also a rich and compelling slice of our best local music.

“It became my mix tape, like the dude in High Fidelity,” says producer and KRCB program host Doug Jayne, who co-owns Santa Rosa’s Last Record Store, plays in two local bands and runs the Route 44 recording studio where much of the disc was recorded and mastered. “The CD sounds more like my radio program [Connections on Wednesdays at 8pm] than a CD. The songs on this album all breathe. I think the CD sounds like Northern California in 2004, and is a good document of a year we won’t soon forget.”

Like Jayne’s 1996 Connections KRCB benefit disc, Connections 2 represents the authentic character of Sonoma County and North Bay music. Rather than being a hotbed of cutting edge rock, jazz or hip-hop, our region has a distinct strength as a blender of American and international folk, rhythm and roots traditions. The disc is sequenced to highlight this hybrid diversity, alternating styles but repeating the connections. From the opening wail of Musselwhite’s blues harmonica solo “Durant Street” to Jayne’s own final reflective folk cut “Not Dead Yet,” Connections 2 finds bonds in the depth of our shared musical community.

Connecting the dots wasn’t too difficult for the producer. With his track record and KRCB’s growth in the last decade, Jayne had plenty of volunteers. “When I produced Connections in 1996, I was new to the station. I wanted to show that I was committed to the cause. The CD was like a promise ring: ‘I will be true to you, old 90.9-FM.’ This time, instead of groveling for songs, or having to explain my motivations or what KRCB is about, people were lining up wanting to contribute. I was able to personally pick the songs by the artists. It makes the producer’s job so much easier knowing the pieces will fit in the frame of a compilation.”

Jayne gives the credit to community spirit. “Folks around here know how important public radio is,” he notes, because “KRCB is a great station. Even though it is an NPR affiliate, it is very independent.” KRCB members who had pledged during the station’s fall membership drive were invited to a Nov. 12 concert at New College of California that featured almost half of the disc’s 22 acts. The response? “Sardine city!” says Jayne of the standing-room-only crowd.

With such a terrific turnout by both top-name national acts and local musicians who are ready to be top name, Connections 2 is full of reference points that will strike local music fans for any number of personal reasons. My favorites are songwriter Greg Abel’s “Last Call Dance Hall,” a waltz-time honky-tonk ballad written from the point of view of the bar itself; Holly Near’s anti-Republican gospel romp “Fired Up!”; and Camper Van Beethoven’s live-in-the-studio acoustic take on their alt-rock classic “Take the Skinheads Bowling.”

Jayne’s closing cut “Not Dead Yet” is personal as well, part of his link to this greater community. “I wrote it as a response to the deaths of Warren Zevon and Johnny Cash. I thought it was OK when I wrote it, but after listening to it, I felt depressed. I laughed, I got depressed again. Then I was hopeful. Four feelings in four minutes; I knew I had to share it.”

‘Connections 2’ can be purchased through Jackalope Records, 707.696.1100 or www.jackaloperecords.com.