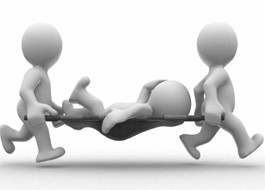 To your health: The easiest way to stem the spread of infection is also the most obvious: wash your hands.

Health officials are keeping tabs on recent outbreaks of norovirus, commonly known as the stomach flu. That may sound like a trivial problem, but this group of related viruses can be serious, even fatal. Not something we think of much, it’s nonetheless estimated that more than half off all food-borne illnesses are caused by noroviruses. Former President George H. W. Bush, for example, was infected with a norovirus when he threw up on the Japanese Prime Minister in 1992.

No stomach flu is pretty, but things get serious when it affects those whose health is already compromised or who coexist in tight living quarters. Take prisoners or the elderly, for example. In 2006, there were four norovirus-related deaths in Sonoma County, and all involved elderly patients.

“It’s most dangerous in a skilled nursing facility, because the people there tend to have underlying diseases that get hit hard by norovirus,” says Leigh Hall, deputy health officer for Sonoma County. Last week, the Healdsburg Senior Living Community became the ninth institution in Sonoma County to report an outbreak of the virus since the season began in October; a senior’s death there may mark the fifth fatality of the year. A Sonoma Valley nursing care center became the 10th facility affected by the outbreak.

Also last week, San Quentin prison was closed to all visitors because some 500 inmates came down with norovirus symptoms. Outbreaks are currently being monitored throughout the greater San Francisco Bay Area, and a quick Internet search reveals similar situations in Utah, Montana, Wisconsin, West Virginia, Rhode Island, Michigan and Japan. This is such an everyday malady, second only in frequency to the common cold, that medical officials generally don’t test for the virus unless a large group of people fall ill.

“There are probably more cases in the community than in any single institution, but when it gets into an institution, it can run rampant because of the opportunities,” Hall explains.

Named for a 1968 outbreak in Norwalk, Ohio, noroviruses spread easily in all kinds of situations, from cruise ships to prisons, summer camps to convalescent hospitals–anywhere that people live together and share eating and bathroom facilities.

“It definitely happens all year round,” Hall says. “Some people seem to think it happens more in the winter months, but our statistics don’t seem to bear that out. All it needs is one case introduced into a facility and you have another outbreak.”

In 2006, there were two major norovirus outbreaks in Sonoma County. The spring saw 388 cases in 15 skilled nursing facilities, with one related death. The second outbreak started in the fall and continued into the new year; by Dec. 31 there had been 475 cases at nine facilities, with four fatalities in 2006 and another suspected norovirus-related death last week.

Not everyone was tested, so some of these illnesses might have another cause. However, if people close to someone with norovirus fall ill with similar symptoms, it’s assumed they have the same viral bugs in their systems.

“Any time you get a big outbreak, it’s almost always norovirus, partly because it’s so contagious,” Hall says.

Most individual cases are never reported; people just get sick and then get better. But the number of recorded norovirus outbreaks in institutions has been increasing in the last few years. In response, the California Department of Health and Humans Services recently issued revised guidelines for investigating and managing norovirus in residential facilities.

Norovirus outbreaks were reported at nine skilled nursing facilities in Napa County in 2006, but none with the high volume seen in Sonoma County, says Teresa Richmond of Napa County Public Health. Each Napa County outbreak involved less than 50 people.

Norovirus is currently infecting residents of a senior healthcare facility in Marin County, and there were 14 minor outbreaks reported in Marin in 2006, with 12 of them in skilled nursing facilities, says Anju Goel of the Marin County Public Health Division. The key to dealing with this disease, she adds, is cleanliness.

“It is very contagious but it can be prevented if people are diligent about hand washing,” Goel explains. “That will really stem the outbreaks.”

This may seem like a simple solution, but it works. The Centers for Disease Control and Prevention say people with norovirus are contagious from the moment they start feeling ill to at least three days after their symptoms end, and some people are contagious for as long as two weeks after they recover. Since antibiotics don’t work on viruses, the best option is prevention.

Although for most people norovirus is simply a common (if extremely unwelcome) gastrointestinal problem, it can be serious and Goel emphasizes the need to be alert. “It’s a disease that’s easy to spread, but it can be prevented.”