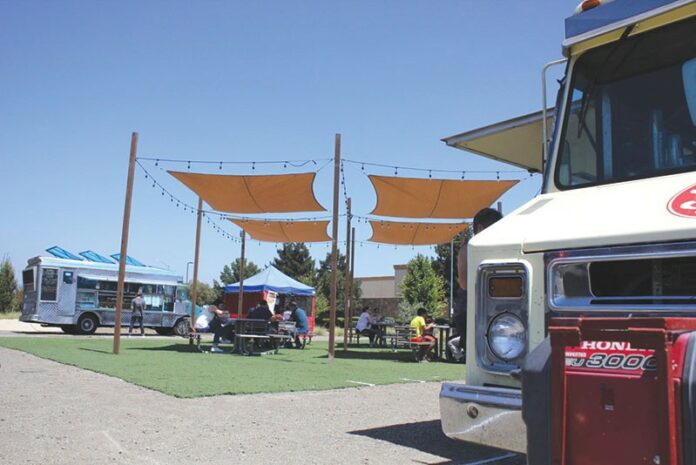 With the culinary boom Napa is experiencing, it’s no surprise there’s a weekly food truck gathering. The Peter A. & Vernice H. Gasser Foundation, a local nonprofit, took the initiative and launched the daily Food Truck Corral at the South Napa Century Center on Aug. 8. Operating daily between 1pm (12:30pm on Saturdays and Tuesdays) and 9pm, the small market opened with a handful of participants.

Taco Addiction and Mercadito, two local ventures, had eaters lining up on opening day. Platanito Pupusas, a Napa catering company, is serving the delicious Salvadoran griddle cake with a variety of fillings, and Cousins Maine Lobster, based in Los Angeles, is providing lobster rolls, lobster quesadillas and other elevated fast food. Other rotating corral members include French Corner Napa Crepes, Crossroad Chicken and Marks the Spot, another Napa catering company.

“We own the land that is being developed at the site of the Food Corral,” says Terri Niles, project coordinator at the Gasser Foundation. “That particular pad will not be developed for a couple of years, so we wanted to do something fun for the community. A food truck vendor approached us last year about parking his truck on that spot, so we decided to go all out and make it into a fun space for a few trucks.”

The city permit, according to Niles, only allows four trucks at a time, hence the rotating roster. “It has been well received,” says Niles. “We plan to have it there for at least the next year.”