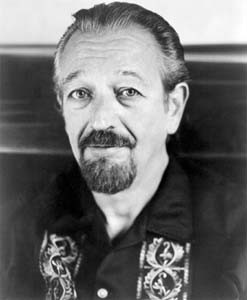 YOU JUST CONNECT with the spirit of the music,” bluesman Charlie Musselwhite told Blues Revue recently,” and you’re able to express it, or you want to be able to. And what you’re expressing is humanness, the compassion for life and of people for one another. And you want to be as truthful as possible, trying to touch each other with the emotion that you’re expressing through the music–how we’re all together in this situation called life and all its ups and downs.”

Musselwhite has known his share of highs and lows. Suffice to say, Musselwhite–arguably the genre’s premier harmonica player–is still riding the crest of a wave that saw his career surge in the mid-’80s. He’s never looked back. Born in Mississippi, raised in Memphis, and transplanted a few years back to Healdsburg, Musselwhite is doing just fine, thank you. His new CD, Continental Drifter (Virgin/Pointblank), is turning heads with its eclectic mix of blues, jazz-tinged melodies, and Cuban music that features the red-hot band Cuarteto Patria. He recently teamed up with Grateful Dead guitarist and vocalist Bob Weir for a spirited rendition of the soul chestnut “Take Me to the River,” featured on the Fish Trees Water Blues (Bullseye Blues & Jazz) benefit CD compilation. And he can be heard getting down and dirty on “Hear My Train a Comin’,” arguably the standout track from a star-studded lineup on Searching for Jimi Hendrix (The Right Stuff/EMI), the new soundtrack to filmmaker D. A. Pennebaker’s latest documentary.

If that’s not enough action, you can catch Musselwhite on tour this summer. No local dates are planned (Musselwhite did make an in-store appearance last week at the Music Coop in Petaluma before participating April 22 at an Earthjustice League fundraiser at the Fillmore Audit-orium), but the ubiquitous harpist performs June 25 at the Great American Music Hall in San Francisco and the following day at the annual Monterey Blues Festival.

Somehow in the midst of all his activity, Musselwhite has managed to play for packed houses–and captive audiences, so to speak–at Leavenworth Federal Prison, Lompoc State Penitentiary, a women’s correctional facility in Chowchilla, and the Spring Creek Correctional Facility in Alaska. “I like to play for prisoners whenever I can,” says Musselwhite. “It’s nice to give them something. I believe in rehabilitation. I’ve been through some tough times myself, and I think anyone can change. It’s especially great playing at maximum-security prisons like Spring Creek, since that is where the guys stay who are never getting out.

“One time a guy jumped on stage and said, “Thanks, man, you just did one hour of every man’s time.'”

Local boy makes good: Most of the world knows him as a Texas blues-guitar phenom, but Doyle Bramhall II still calls Sonoma County home, since his dad and many friends live here. (Well, at least we like to claim him as our own.) This week, Bramhall–who has played with Stevie Ray Vaughan (Bramhall was one of the few musicians invited onstage to play with the late guitar god), the Fabulous Thunderbirds, and the Arc Angels–got the call from ex-Pink Floyd heavyweight Roger Waters. After spending the past seven years working on an opera sung in English and French, Waters will be embarking on a series of West Coast dates next spring as part of his “In the Flesh” tour.

Hip-shakin’ daddy: Hot on the heels of his new powerhouse fusion CD, Wiggle outta This (Shanachie), virtuoso harp player Curtis Salgado blows into town. Salgado isn’t exactly a household name, to be sure, but he is known in blues circles for stints with the Robert Cray Band, Roomful of Blues, and Santana.

Indeed, Salgado’s influence has reached the mainstream in a most roundabout manner. Salgado is credited with introducing comedian and actor John Belushi to the blues, providing the blueprint for his Blues Brothers character Jake, including the trademark Ray Ban wayfarer sunglasses and soul patch. And then there is Salgado’s patented blend of blues, R&B, soul, and funk. “I like a full plate,” explains Salgado when asked about his eclectic material. “You like a good steak, but you can’t just eat that for a solid year. I’d get tired of that. You need mashed potatoes and carrots, and other stuff, too. … I’m not trying to be everything to everybody, because you can’t do that. I’m just trying to express music the way I hear it–music that hits my auditory nerve just right, and comes straight from the heart, too.”

Afterthoughts: Chicago blues guitarist Buddy Guy, a major influence on Jimi Hendrix, headlines at the Phoenix Theatre in Petaluma on June 9. Angela Strehli opens. Tickets are $20 and go on sale May 9. For info, call 415/974-0634. … Seventeen-year-old Santa Cruz guitar wiz Corby Yates headlines the Full Moon Blues concert Friday, April 30, at 8:30 p.m. at the Powerhouse Brewing Co. in Sebastopol … . Roy Rogers & the Delta Rhythm Kings slide into the Powerhouse on Saturday, May 8. … And Little Charlie & the Nightcats bring their West Coast jump blues to the Mystic Theater on May 15.