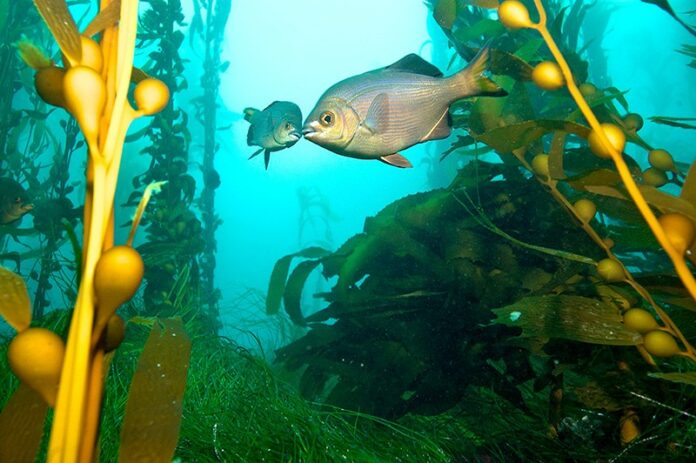 Safe to say, Jake had never set foot in a joint like Anew Beginning. But then again, this was a new beginning since he and Molly ditched Frisco for good. Here they were shopping for a second-hand perambulator.

“Whatever you say, doll.”

After the dust-up at Osmosis, Jake leveled with Molly and told her that her father had hired him. But now he knew the real story and wasn’t interested in the man’s money anymore. He was interested in her.

Molly told Jake how she’d saved up enough money singing with her band and that she didn’t need her daddy’s money anymore. She had made a new life in the North Bay, and the only part missing was someone like Jake to share it with. Someone exactly like Jake.

In no time, Jake had handed in the keys to his dingy apartment in the city’s Excelsior district and found a sweet little two-bedroom in Santa Rosa. Turns out there was plenty of work for a private dick north of the Golden Gate. Those marijuana growers are a paranoid bunch.

Six months later, Jake and Molly got married on the steps of City Hall.

After leaving the baby consignment shop in Napa, they were off to
Mt. St. Helena for a hike. A long hike. A former city boy, Jake was still trying to get used to Molly’s love for the fresh air and all.

Huffing and puffing as they neared the top of the trail, Molly stopped. “Look! I think I see San Francisco.”

Jake looked into the distance where Molly was looking, then turned his gaze to his beautiful wife and her swelling belly.

“San Francisco? Who needs it. I’ve got everything I need right here.”

Bestplace for Kids to Experience the Ocean Without Getting Wet & Sandy

Kids love the beach. But in the North Bay, the beach is not always so lovely for little ones. It can be cold, foggy and downright angry. But you can still enjoy our blessed proximity to the ocean with the young ones. While it’s not quite a Monterey Bay Aquarium, the UC Davis Bodega Marine Lab is a hidden gem that gives families an opportunity to get up close and personal with North Coast marine life. It’s primarily a research facility, but on Fridays the lab opens its doors to the public for docent-led interpretative tours from 2pm to 4pm. Visitors get to see the lab’s 24-foot-long display featuring local fish and invertebrates and a small kelp forest. There’s also a round aquarium that holds
anemones and other near-shore creatures. And even if the lab is closed, the tide-pool habitat in the front of the building is worth checking out. 2099 Westside Road,
Bodega Bay. 707.875.2211.—Stett Holbrook

Best Encounter Between Dogs and
a Celebrity

Some people have children, and some people have dogs. People with dogs will often say their dogs are like their children, if they had any children. So dog owners really don’t know what it’s like to have children, they’ve never had any. But they call their dogs their children all the time. Those with kids and dogs, they have some wisdom, probably. Are we clear? Because there is a point, and it involves a famous person, an encounter on the beach, and a repressed outburst about my children. I have two dogs who are small and, for the most part, hairless. They are a breeding pair that does not breed, and I will introduce them as a married couple without children, when people ask if they are related. Anyway, one day we were walking down our favorite off-leash beach in West Marin, and encountered a group of four people walking toward us. My dogs ran up to them and did their little dance, the “Where Is the Frickin’ Chicken?” dance. I caught up with them, and as I was passing the group, one of the women checked out the dogs, gave a smile and a quick laugh, and said: “Man, you’ve got some weird-looking dogs there!” Children! Cover your ears! I thought it but did not say it. As I walked passed them, what the hell, it was Frances McDormand who uttered the unforgivable slight. You were great in Hill Street Blues, lady. But don’t ever make fun of my children again. I said thank you, answered a question or two about the dogs from the friendly Japanese lady in the group, and we all walked on our way.—Tom Gogola

Best Way to Get the Kids Outside

Spring is just about to, well, spring into action, and for kids around the North Bay, that means one thing and one thing only: summer is coming. And in this era of video games and online obsession, summer is the perfect time to get those little ones out of the house. This summer, consider signing up the six- through 12-year-olds for the Green Heron Nature Camp, where educators and members of the Friends of the Petaluma River engage the youngsters in meaningful play and learning. Green Heron offers four different weeklong camps, where kids will spend their day exploring the geography and expanding their appreciation of their surroundings. Naturalist games and crafts go well with bird watching and marshland hiking. The Petaluma River itself is also explored, with a special focus on boat building in the third week. The best way to get more info on the nature camp, visit the Petaluma River’s spring open house on May 3 at the David Yearsley River Heritage Center in Petaluma. www.friendsofthepetalumariver.org/programs.—Charlie Swanson