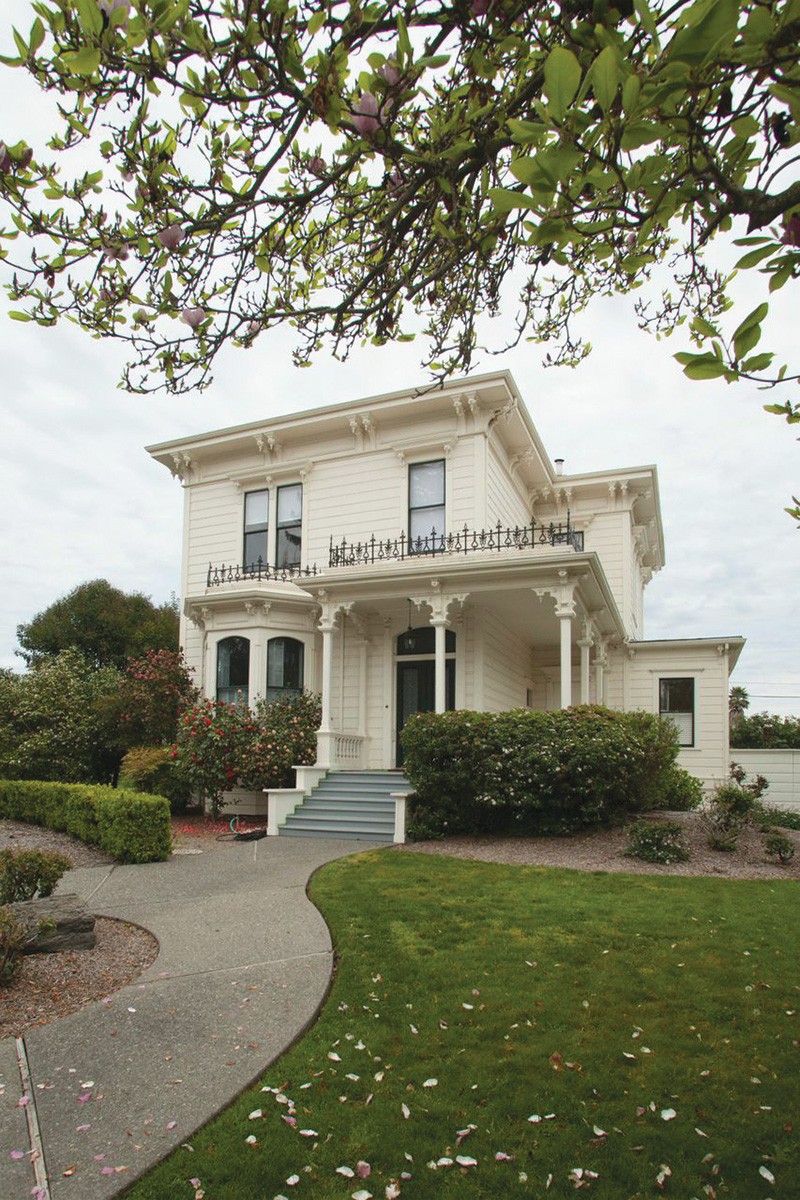 But not so fast. Just as the hippie wagon rolled by, so too did a sheriff’s deputy. The officer wore sunglasses, a stone face and not much else. He lit up his flashers and pulled over the bus.

Must be some kind of parking-ticket push by the county, Jake figured, a gambit for jacking the county coffers on the backs of hot hippie broads and anyone else parked illegally or, in this case, with an improperly affixed surfboard.

Parked a safe distance away by the Bolinas Museum, Jake took a snort of Canadian Club from his secret hip tooter and watched the cop write his ticket. Jake thought it curious that the cop wasn’t wearing any pants. His underwear was decorated with images of tiny colorful racecars. Jake had heard Bolinas was a live-and-let-live sort of place.

As Johnny Law was pocketing his pen, the lithe arm of the passenger reached out and handed him a bright-green piece of paper. The cop read it as the VW drove away, then crumpled it into a ball and tossed it into a garbage can, for two points.

Interesting, Jake thought. He didn’t want to lose sight of the vehicle as it headed out of town, so he hurried to the trash and fished out the wad of paper. It was an old handbill for a show of some sort at a place called the HopMonk Tavern in Sebastopol. The show was from a couple months ago and featured a jazz singer who went by the name of “Lady Miss Molly.”

Young Ms. Pemberton appears to live a pretty interesting life up here in the North Bay, Jake thought, then eased his car into gear. He followed the bus at a safe distance as he passed the Bolinas Lagoon.

When Shadow of a Doubt was remade in 1991, the crew naturally descended on McDonald Avenue. Wes Craven set the 1996 film Scream at 824 McDonald, and 36 years earlier, Disney came to McDonald to shoot Pollyanna with Hayley Mills. The avenue can look like a Disney theme park on a spring day, but when the skies darken and rain descends, it sometimes feels like the perfect setting for film noir.

The Coen brothers, those masters of contemporary noir, made Santa Rosa the location for their 2001 picture The Man Who Wasn’t There with Billy Bob Thornton, Frances McDormand and Scarlett Johansson, and though they didn’t film on McDonald, they captured the sinister, small-town feel of Santa Rosa that novelist Raymond Chandler recognized much earlier. Chandler made Santa Rosa the birthplace of his detective Philip Marlowe, who appeared for the first time in the 1939 novel The Big Sleep and then in the Hollywood classic of the same name with Humphrey Bogart.

For decades, film buffs and tourists alike have descended on tree-lined McDonald Avenue. Bill Montgomery gives tours, though McDonald still seems like a well-kept secret that belongs to the hush-hush world of the well-off. But residents don’t seem to mind intrepid visitors.—Jonah Raskin

In the digital age, it is increasingly difficult to enter an actual store to browse through albums, old or new. In fact, it has become somewhat of a luxury to own a record player and records, to buy the music you listen to and commit to listening again and again. The Last Record Store has truly become one of the last choices for vinyl in the North Bay, and it’s a pleasure to frequent. Vinyl and CDs abound—this is the candy-shop equivalent for music lovers. The $1 section is a gift to those willing to dig or who are looking to try something new, and the store also has all the standard selections of classic and contemporary tunes. Sometimes, if you are really lucky, you can get 10 CDs for $10, but the catch is they are sold as mystery grab bags. Head over and spend a day listening to music the old-fashioned way. 1899-A Mendocino Ave., Santa Rosa. 707.525.1963.—Jessie Janssen

At the Cushing Memorial Amphitheater on Mt. Tamalpais, the “stage”—really just a huge swath of bare earth in front of a grove of trees—is so big that when the Mountain Play artists plan their annual five-weekend run of some crowd-pleasing show, the possibilities are almost endless. Last spring’s South Pacific saw a sprawling WWII Navy base complete with 20-foot-high watchtower, radio and command shack, various structures and buildings, a residential villa and a bunch of trucks, jeeps and other vehicles. In past shows, live cows and horses have even been ridden across the vast performance area. This
year’s production of Peter Pan will continue the hundred-year-long tradition with a set almost
guaranteed to be Never(endless).
www.mountainplay.org.—David Templeton

Best Hoedown a Few Steps from Your Living Room

Well, there are several contenders for best music fest in the North Bay, but this year we’re going with the annual Napa Porchfest, a little humdinger of a music blowout that’s grown in popularity and interest in just a few years. This homegrown hoedown is held in Napa, the city, and features a roster of local yokels who occupy porches with their banjos and standup bass fiddles. There’s food trucks out the wazoo to fill yer belly, and a generally low-key feel to the festival that’s delightfully in sync with the North Bay’s kick-back culture. Yes, Napa’s got another festival that’s popular, a big ol’ dealio called BottleRock. Another notable festival is the Far West Fest at Love Field in Pt. Reyes. That’s a weekend of top notch neo-Woodstockian awesomeness. Indeed, there are many locally sourced music series and festivals in the offing throughout the area in any given year. So why Porchfest? Easy: Most festivals are centered around a basic conceit that tends to be geographically slanted: Here’s our town, here’s some music and food. Come on down! And that’s fine. But Porchfest is cooler than all that because it’s hooked on a theme that transcends geography—even as it drills down to the essence of “place”: Sit on the porch and play that folky music, white boy. It’s so quintessentially Americana in orientation and delivery, you expect the clouds to part and for Harry Smith himself to descend, arms akimbo, in a chariot-tractor driven by free-range goats. But that could be the psilocybin talking. This year’s festival is on July 26 from 1pm to 6pm. Bands are encouraged to sign up, by March 31. napaporchfest.org.—T.G.

For rockers of a certain, 1980s teen vintage, there is no such acknowledged entity as the mighty Van Halen without David Lee Roth on the mic. Yes, that is an extremely hard and terrible line to take, especially considering that Sammy Hagar is the best local celebrity for homeless and at-risk youth, and that for many, mostly younger listeners of Van Hagar, Sammy’s cool and they don’t relate with the Dave stuff. Heresy!

But it turns out the Red Rocker was himself a troubled and wanton lad—right in ol’ Marin County, for part of his embattled youth.

Earlier this year, Sammy hooked up with the organization Ambassadors of Hope and Opportunity at a Novato event called Youth Connect, showed up, hung out with the kids and connected them to a dream outcome. Kids could shake his hand and maybe get some of that Sammy magic . . .

The local youth had come for job interviews, clothes, references, direction, all sorts of useful guidance. One attendee said she’d never heard of Sammy before the event, but
that it was cool anyway because Sammy was cool. So I’m cranking Montrose’s “Rock
the Nation” off Youtube, and I’ve got “Best of Both Worlds” queued up. Why not? That song is catchy. Sammy’s also got some of his newer, mellower stuff up on his site,
www.redrocker.com. Sammy Hagar, everywhere! —T.G.

Next ArticleMar. 22: ‘No Ragrets’ in Sonoma