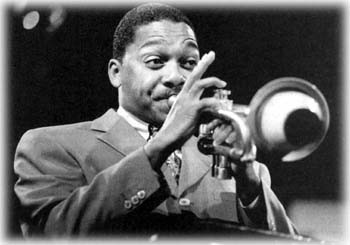 Lion Heart: Wynton Marsalis’ ambitious ‘Blood on the Fields’ may be a masterpiece.

Wynton Marsalis and the Lincoln Center Jazz Orchestra
Blood on the Fields
(Columbia)
I ONCE ASKED jazz pianist and educator Ellis Marsalis–patriarch of the New Orleans dynasty that has spawned young jazz lions Wynton, Branford, and Delfaeyo–what would be the much-hyped Wynton’s legacy. He paused for a moment and then replied skeptically, “Only time will tell.” This ambitious three-CD jazz opera, first performed in 1994 and tracing the anguish and transformation of a Southern slave, answers that question but little. Still, it is an impressive work. Marsalis’ first composition for big band–bolstered by jazz vocalists Jon Hendricks and Cassandra Wilson, saxophonist and clarinetist James Carter, and pianist Eric Reed, among others–is steeped in Ellingtonia (particularly the Duke’s 1943 masterpiece Black, Brown, and Beige). It relies on such jazz fundamentals as blues and ballads, call-and-response, swing, and Afro-Caribbean rhythms. It breaks no new musical ground (though it is far more sophisticated than Marsalis’ earlier CITI Movement, a mediocre Gershwinesque impression of big city life) and is mostly scored in dense big-band arrangments; only the third disc offers dynamic soloing by Hendricks, Wilson, and Reed that will be easily accessible to casual listeners. Indeed, a more musically challenging interpretation of this same subject matter can be heard on the late clarinetist John Carter’s four-CD, untitled 1988 small-combo exploration of slavery days–a stimulating splash of hard bop and free jazz bristling with jagged melodies and sophisticated, pounding African rhythms. Yet while Wynton may never be known as an innovator who has moved beyond the traditions of his predecessors, he has learned well the lessons of his forebears. Only time will tell if Blood on the Fields is the eternal American masterpiece hailed by the New York Times and other fawning music critics. But, on the other hand, name one other living jazz artist who would even tackle a project of this magnitude.
Greg Cahill

Wayne Kramer
Citizen Wayne
(Epitaph)
WHILE MUCH OF ’90S ROCK is a stepchild of Led Zeppelin and the Velvet Underground, a more profound source is Detroit’s late-’60s punk/metal agitators the MC5 (best known for the line “Kick out the jams motherfuckers!,” later changed by the record label to “Kick out the jams brothers and sisters!”). They sit in history’s margins because they were blue-collar screwups rather than British gods or NYC artistes; yet most rockers have absorbed their legacy of high-energy guitar interplay and topical outspokenness, as their lineage has run through important bands like the Sex Pistols and the Clash, AC/DC and Lynyrd Skynyrd, Nirvana and Pearl Jam. The footnote is that the MC5 have also given ’90s rock its greatest comeback in guitarist Wayne Kramer, who after 20 inactive years has released three strong discs in three years. The latest, Citizen Wayne, finds Kramer in growth mode. Collaborating with David Was (brother of producer Don Was), Kramer leans away from the searing classic rock of his former band and into a darkly disjointed, white funk/blues that could equally suit Mick Jagger or Trent Reznor. Kramer is obsessed with the political hell-raising of his glory days, but his real focus is on inner self-help. Cynicism and hope are balanced both in world view (“Revolution in Apt. 29” takes its cue from the Tracy Chapman line “Talkin’ ’bout a revolution/ Sounds like a whisper”) and in his work in 12-step programs, which he mocks but constantly discusses. Kramer isn’t in denial, he just doesn’t concur with the prescribed answers, which makes for a virtual model of the classic rock stance.
KARL BYRN