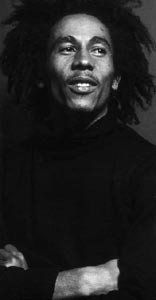 An avalanche of CD sets hits the stores

PRAY FOR CASH–holiday cash, that is. It’s box-set season, and record companies are flooding the market with sometimes silly, usually pricey CD packages that anthologize the deserving (the Grateful Dead) and, well, the forgettable (i.e., Alice in Chains).

This year, there are some worthy entries in the box-set bash, ranging from avant-rocker Captain Beefheart and Top 40 hitmakers the Doobie Brothers to crossover queen Linda Ronstadt and reggae superstar Bob Marley.

So be kind to your favorite rich uncle, pray for cash (you’ll need it, along with a second mortgage, if you plan to buy the 26-disc Soundtrack for a Century at $330), and treat yourself to one of these sensational offerings:

THIS FOUR-CD collection of material, from the reggae great who rose to international stardom before succumbing in 1981 to cancer at age 36, is one of the most sought-after sets in recording history. First issued in 1992 as a limited-edition, hardbound book, Songs of Freedom quickly went out of print after a worldwide run of just a million copies–hardly enough to whet the appetite of Marley’s far-flung fans. Copies of the original box set still sell for up to $300 on Internet auction sites–you can now buy this modified version–lacking the hardbound jacket and ambitious packaging–for one sixth that cost. You still get 77 tracks chronicling Marley’s rise from a doo-wop-inspired ska/soul singer to frontman for the Wailers. And Marley’s greatness is underscored by the sheer soul and immense power of his songwriting and singing.

THE COMMENSURATE showman. At the short-lived Rat Pack reunion back in the late ’80s (I was too dazzled by all the rhinestones, blue hair, and mothball-scented furs to now recollect the exact year), Sammy Davis Jr. stole the show from Frank Sinatra and ran rings around an ailing Dean Martin. The king of big finishes, indeed. Here he is on four CDs and in all his bombastic glory–the hard-knock kid who worked harder to make it farther.

HE NEVER had a hit record and barely even cracked the Top 100 album chart, but avant rocker Don Van Vliet (aka Captain Beefheart) cast a long shadow over the rock world. His influence can be heard in the work of Tom Waits, the Red Hot Chili Peppers, the Violent Femmes, and a legion of underground rockers. Now retired in Northern California and living the life of a reclusive painter, Beefheart started his musical career in 1963 as a collaborator of longtime friend Frank Zappa (who later produced sides for Beefheart). Working in Los Angeles, he scored a regional hit in 1965 with a garagey cover of Bo Diddley’s “Diddy Wah Diddy” (produced by David Gates, who later went on to fame as the white-bread visionary behind the ’70s pop band Bread). But he’s best known for his avant rock forays grounded in blues-drenched psy-chedelia and plenty of strange antics. The four-CD box set Grow Fins, described by Entertainment Weekly as “a fan’s wet dream,” gathers rarities, outtakes, and demos for Beefheart cultists. The Dust Blows Forward culls the best of Beefheart and his Magic Band (which once featured an 18-year-old Ry Cooder on guitar), and includes some surprisingly accessible blues.

OK, THE ’50s and early ’60s have been packaged and repackaged ad nauseam, but this four-CD set–replete with 84-page full-color booklet emblazoned with cheesy pulp fiction artwork–from the reissue kings at Rhino Records manages to capture the raw excitement and timeless teen angst that has earned rock ‘n’ roll a place at the top of the planet’s cultural heap in this century. All the rockabilly and vintage rock greats are here: from Little Richard’s bop-bop-a-lu-boppin’ scat singin’ hits to the twangy instrumental guitar attack of Link Wray & the Wraymen. And so are less well known giants, like Joe Clay, Johnny Burnette, and Screamin’ Jay Hawkins. R&B pioneer, producer, and talent scout–and Sonoma County transplant–Johnny Otis even pops up (and most deservedly so) with his “Crazy Country Hop.” And if that doesn’t get your blood flowin’, don’t bother to check your pulse, buddy, you’re already stone-cold dead. Missing in action: Dale Hawkins of “Susie Q” fame.

THE CITY of the Angels has long been a haven for wayward jazz musicians. Over the years, it hosted everything from a New Orleans jazz revival to a vital West Coast jazz scene. This four-CD companion to jazz writer Clora Bryant’s 1998 book of the same name (published by the University of California Press) bristles with hot jazz and smokin’ R&B heard in and around an often overlooked artistic mecca that attracted the likes of Art Tatum, T-Bone Walker, Lionel Hampton, Benny Carter, Charles Mingus, and Charlie Parker. The set includes rare recordings of New Orleans great Kid Ory, Joe Liggin’s seminal R&B hit “The Honeydripper, Pts. 1 & 2,” and Big Jay McNeely’s electrifying “Nervous Man Nervous.” And it just doesn’t get any better than the frenetic piano duel between Hampton and Nat King Cole on 1940’s “Central Avenue Breakdown.”

WHEN THEY hand out the Grammy Award next year for best CD packaging, this clever item should be on the receiving end–a three-CD and booklet tucked into a red hymnal decorated with stained-glass graphic and dangling a satin-ribbon bookmark. Inside are 50 tracks of heavenly inspiration, ranging from the small-group soul of the Swan Silvertones (featuring vocalist Claude Jeter, who served as a role model for soul singer Al Green) to the dynamic choir Sounds of Blackness. Most of the big names in classic and contemporary gospel are included–Clara Ward & the Ward Singers (featuring Marion Williams, arguably America’s greatest singer of all time), the Edwin Hawkins Singers, Dorothy Love Coates, the Golden Gate Jubilee Quartet, the original Five Blind Boys of Alabama–though the Soul Stirrers with Sam Cook are conspicuously absent. Still, Aretha Franklin’s soaring triumph “Mary Don’t You Weep” alone is worth the price of admission.

The Grateful Dead So Many Roads Arista

WITH SO MANY great live Dick’s Picks series–compiled by the late Dick Latvala of Petaluma–on the market (not to mention a million bootlegs), this could have been anti-climactic. But the tireless efforts of Dead documenters David Gans, Blair Jackson, and Steve Silberman–who jointly compiled these five discs–have resulted in a comprehensive look at a band that spanned four decades. Culled from live concert dates (and, yes, there are plenty of missed notes and off-key vocals), the set includes many of the band’s best-known tunes and a lot of obscure tracks that include sound-check jams and the like. More than just a token to a counterculture icon.