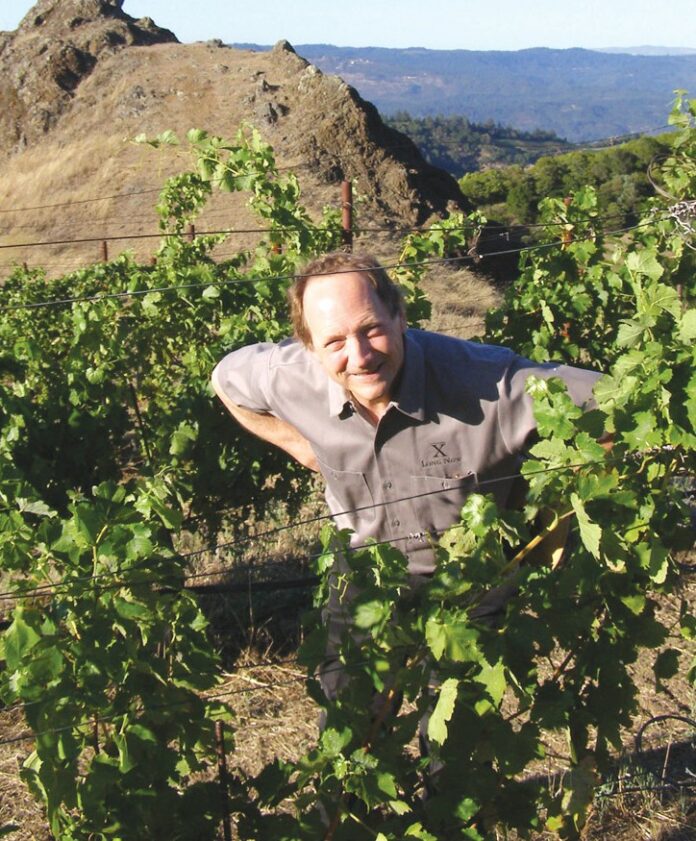 Up on Napa's roof, a vinicultural quintet plays a different tune

Pair this Cabernet Sauvignon with [fill in the blank—as long as it’s steak]. Endlessly reiterated, Cab pairing suggestions like juicy steak, slab of beef—among braver thinkers, maybe, venison-wrapped beef—have worn out the carving knife, so it was refreshing to enjoy a 2004 Cain Five, a Cab blend, with sake-marinated poached cod in a light broth with Chinese mushrooms. The wine is an earthy, minty blend of five Bordeaux grapes; the occasion was a press trip hosted by Cain’s husband-and-wife team Christopher Howell, winemaker and general manager since 1991, and sales director Katie Lazar. The pairing was a hit.

I’m sorry to report that such adventurous food pairings are not part of the everyday tasting experience at Cain, but then little is everyday here. Developed in the 1980s, the Cain vineyard occupies a big, terraced bowl on part of the former McCormick sheep ranch. Picture this: If you were standing atop Sugarloaf Ridge State Park, looking toward Napa, and Howell was standing atop his ridge, you could almost wave to each other.

The vineyard may be spectacular, but it ain’t pretty. Grass and weeds brush the vines, and not just in the biodynamically farmed block (typical of Howell’s philosophy, biodynamics is an experiment at Cain, not a dictum). Drip irrigation tubes slipped into PVC pipes stuck in the ground like syringes feed each vine a little extra something to make it through the summer. Compared to some of the so-called de-vigorated mountain vineyards I’ve seen, Cain is the real deal.

This unique land makes a bigger difference, ultimately, than the particular varieties of grapes that are grown here, says Howell, pouring a 2000 Cain Five, a nicely integrated, older Cab-based blend which shows no bricking and no stewed fruit. Although Howell had to petition the government to be allowed to list all of their flagship wine’s five varietals on the label, “that doesn’t tell you anything about the wine,” he says. Nor, he suggests a little more controversially, does that hint of brett that another guest picked up on mean that the wine is spoiling. In small amounts, Brettanomyces—the yeasty bugbear of today’s clean, mean, super-fruity wines—adds a little interest, says Howell, and he has no fear of it.

Whether from outlier microorganisms or the aromatic weeds that grow around the vineyard, the 2008 Cain Five ($125) has sweet, alluring floral aromas opening to a hint of mint. For roasted free-range chicken? That’s the Cain way, and it works.