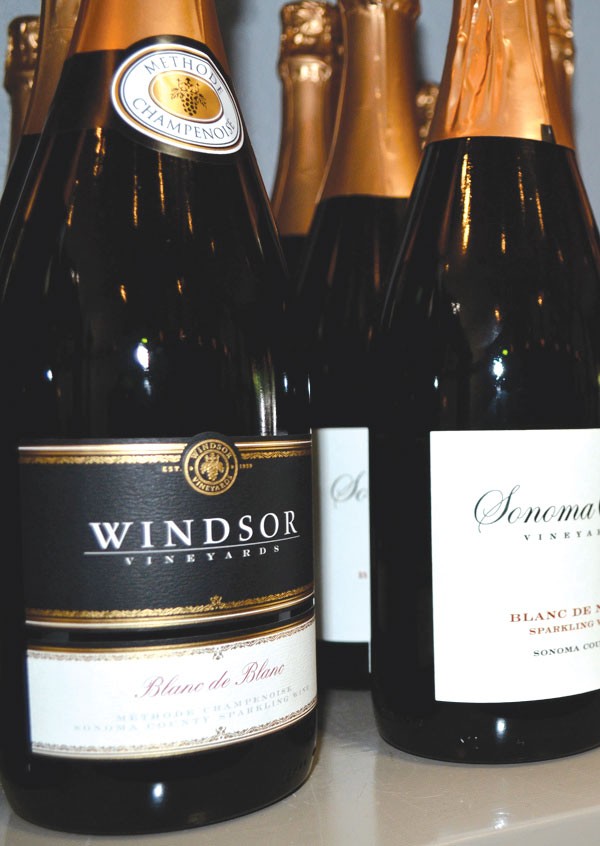 If you don’t like the winetasting scene in Healdsburg now, just wait a few minutes.

On a recent stroll around the Healdsburg Plaza, we found that the roster of tasting rooms had turned over once again—if not in minutes, certainly in the last few months. Or the last year, or two—it’s hard to keep track in this fast-paced, small-town, wine-tourism mecca. Here are some highlights for sipping and swirling around the Plaza.

Siduri Wine Lounge If it seems like it’s one tasting room after another in downtown Healdsburg, that’s only wrong on a technicality—the city won’t abide that, so Siduri’s new, cool-blue digs are called a “lounge.” True enough, the space that used to be Kendall-Jackson’s Partake has plenty of room for lounging around. Don’t worry for lack of wine, though it’s strictly Siduri, all Pinot all the time (nothing from Novy, their sister label). I’m told that draft beer from Christopher Jackson’s new craft-brew project is on the way. The menu, from small plates to a box of chicken, is created by Forestville’s popular restaurant, Backyard.
241 Healdsburg Ave.

Hartford Family Winery Tasting Room & Salon This was a wine shop for years, but you turn around for a moment, and it’s another Jackson Family Wines joint. Get out to the winery on Martinelli Lane for one of the North Bay’s great backroads wine drives, but if you’ve only a half hour to spare before dinner, this offers something special: Zinfandel—in Healdsburg! Hartford Court is mainly about the Pinot Noir and the Chardonnay, for sure, but its third varietal is toothsome Zinfandel from the highly praised but not too well known Wood
Road area of Santa Rosa.
331 Healdsburg Ave.

Cellars of Sonoma Taking over the former Murphy-Goode tasting room, this is the northern outpost of the popular wine lounge in Santa Rosa’s Railroad Square. Owner Scott Jordan says he hopes to better showcase the individual vintners here, where the key feature is variety and novelty—like Super Sonoman’s rosé wine fermented in all-new oak. 20 Matheson St.

The Flight Deck Windsor Vineyards once upon a time, now a new, aviation-themed showcase for a bunch of Vintage Wine Estates acquisitions. Including Windsor Vineyards. Again, the draw here is variety: Napa Valley wines from Swanson and Clos Pegase, Chardonnay from Sonoma Coast Vineyards, and B.R. Cohn’s Sonoma Valley Cabernet. 308-B Center St.

C Donatiello Back to Russian River Valley Pinot Noir, from a producer we last saw at the winery now known as VML, in a space we last found Boisset’s Taste of Terroir—but that was six strolls around the sun ago. 320 Center St.