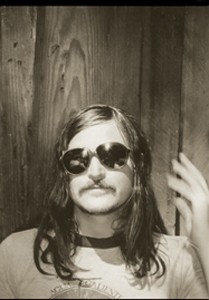 In the lazy music critic’s lexicon, the songs of self-proclaimed “whiskeygospel trio” Brightblack approach a languidly simmering stew of Mazzy Star’s exquisite sleepiness, Low’s prayerlike hush, and the Cowboy Junkies’ oddly comforting melancholy. But to be more abstract (or exact) in description, imagine the distillation of dusky prairie landscapes with Southern red clay and hopelessly thick pine forests as viewed from a rocking chair on a badly whitewashed front porch.

And it’s all on the reticent side, so don’t bring your earplugs along to Quiet Quiet Window Lights, a series of shows put together for January by Petaluma-based promoter Benji Nichols in conjunction with Brightblack. What better way to spend Friday nights in this otherwise bleak and cruddy month than in Bolinas’ historic Smiley’s Saloon?

Brightblack headlines each of QQWL’s three shows, with gifted Bay Area artists such as Vetiver and Faun Fables opening. The entire lineup of the series, in fact, offers an impressive showcase of mostly acoustic balladeers who tackle the many-headed creature of folk music in surprisingly unique and consistently appealing ways. Take, for instance, Joanna Newsom, whose instrument of choice is a large harp and whose song topics range from the introspective (laments on the human condition) to the whimsical (peaches).

“Smiley’s is a great old place–really, really old–and Bolinas itself is pretty magical,” says Shineywater from the Point Reyes Station print shop where he works. In what is quite possibly an unprecedented career move for a band, both he and his drawl came to West Marin via Alabama in 2002 after Brightblack toured with Will Oldham, a tour that included a stop at the Old Western Saloon. After that gig, Shineywater just didn’t leave, living in his truck for six months, “dodging the rangers and sleeping outside.” Now he and Hughes live in a Lagunitas cabin–until, at least, he joins Oldham yet again on tour in May.

The association between the Oldham clan and Brightblack extends to Paul Oldham, who recorded Brightblack’s upcoming Ali.Cali.Tucky in his Kentucky studio. Recorded “basically while we were living in our vehicles,” Shineywater says, the disc was picked up by Santa Cruz’s Galaxia Records for release this spring.

To keep the group busy until then–and also to provide some gigs with good friends and good bands–QQWL came about. “One of our things is that we don’t like playing with bands that are too metal-testosterone or whatever. And the whole thing of having it out in the country and getting people out of the city–hopefully, coming out to Bolinas and the countryside will be more like an adventure, rather than going out and getting drunk on a Friday and watching some music.”

Note that Shineywater says “watching some music” as opposed to listening to some music, which is what Quiet Quiet Window Lights is all about. “Sometimes you go to listen to quiet music and you have to deal with these folks who enjoy talking more than listening to music–which isn’t bad, but I’ve gone to plenty of shows where I wished people would shut up so I could hear what was going on.”

There seems to be no danger of this happening at QQWL, as very few hipsters find themselves venturing out to Bolinas merely to make the scene–which is the whole point. Those who do wish to make the trip, however, are encouraged to camp out on the beach (which, Shineywater points out, is free in the winter) or stay overnight in one of Bolinas’ inexpensive B&Bs. After all, what better is there to do in January?