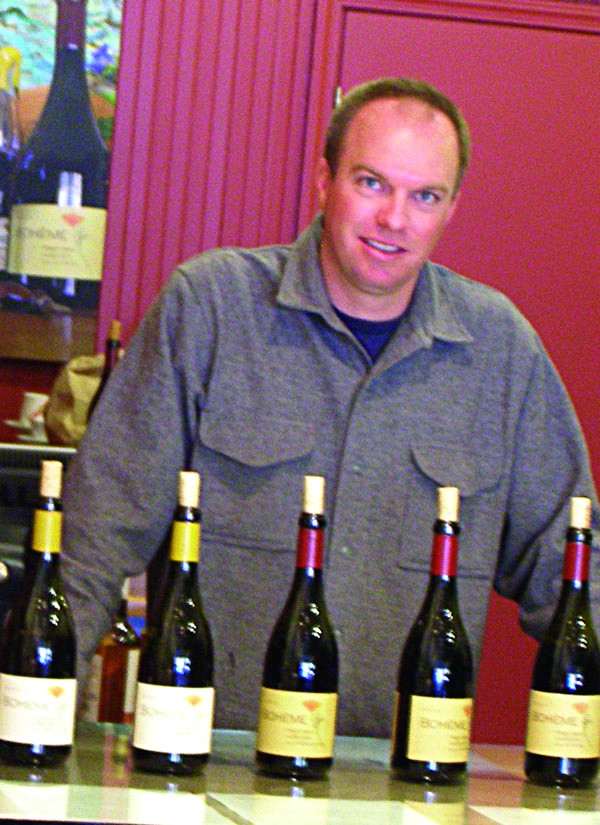 An outsider no more in bohemian Occidental

Minutes after Kurt Beitler unlocks the door to his shop on a Saturday morning, a neighboring shopkeeper stops by to catch up. Later, on our way to Taylor Ridge Vineyard, Beitler stops his pickup to chat with a couple of neighbors strolling down the road.

It wasn’t always like this. For the first few years that he managed this vineyard, Beitler was a bit of an outsider. He hailed from Oregon, and he represented a Napa Valley winery—the former being less of a liability than the latter in this bohemian enclave in the redwoods.

But Beitler is no newcomer to wine. His grandfather founded Caymus Vineyards in 1972, where Beitler did odd jobs around the winery, like throwing capsules on the bottling line. After graduating from Santa Clara University, where he raced on the cycling team, he sat down with his uncle to chart a course back to wine. “If I were you,” said his uncle, who grows grapes from the North Coast to Mexico, “I’d look at this vineyard in Occidental.” So, starting in 2000, he ran equipment, learned Spanish and organized crews for Belle Glos (the Pinot Noir arm of Cab-centric Caymus, and named after his grandmother). In 2004, he leased the coastal Que Syrah vineyard to release his own Syrah, now under his Bodega Rancho label.

The tasting room, with creaking wood floors and spots to lounge about, shares space with the Sonoma Fine Wine shop. It might be a nice redoubt on Friday evenings during the Occidental farmers market through the summer, Beitler suggests.

The 2008 Taylor Ridge Chardonnay ($36) exemplifies the house style. With a shy aroma of cinnamon and apple pie, it’s soft and mellow, aged in one-third stainless and two-thirds neutral barrels, without the rudely fresh apple flavor of many an “unoaked” Chard. The 2009 English Hill Chardonnay ($36), with a wisp of malolactic and sweet barley aromas, lingers richly without the crutch of residual sugar.

Forest floor, beeswax and cranberry-cherry fruit highlight the 2008 Taylor Ridge Pinot Noir ($49), while the 2008 Stuller Vineyard Pinot Noir ($45), from a vineyard nestled in a bowl of trees, peeks in and out of vanilla, potpourri and savory marjoram aromas, but the plum fruit flavor is zaftig and fresh.

After a decade of work among the vines and the people here, Beitler says, his “La Vie Bohème” theme is more relevant than ever. “It’s on the edge of what’s possible; you’ve got to really love it and engross yourself in it.” And now, he adds, “it feels like home.”