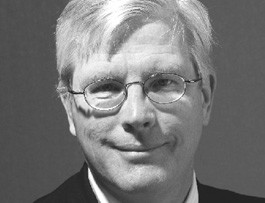 Right-wing natterers use negativity against themselves

A moment of silence, please, for the Republican polemicist. The list of casualties from this election year is long; the battlefield is strewn with the corpses of famous politicians (Rick Santorum) and anonymous embryos (thawed by a Senate that takes marching orders from Marty McFly).

And when it comes to the Bush defender–the kind of commentator who’s spent the GWB era aggressively defending his turf on radio, in books and on TV–the medics might look at his injuries, clutch their kits and quietly move on. The field of aggressive pro-Republican pundits, expanded by blogs and cable TV, has never been larger. And never have so few been so right about so little.

Not all conservative and libertarian writers are wedded to the Republican party; not all of them even lump in with “the Right,” no matter how diligently liberal readers try to make that shoe fit. But since the 1994 Republican takeover of Congress, when the GOP ceased being a debating club for Newt Gingrich and became a vehicle for policy revolution, more and more conservative pundits have matched their fortunes to their party’s. After Bush’s first election, the migration continued. And the 2004 campaign had roughly the effect on this relationship that saving the world has on James Bond and his latest squeeze.

And they’ve evolved into something else: failures. For most of the past two years, as the Republicans’ fortunes have sunk (especially with independents and libertarians), the boosters have snuggled up to them in the quicksand. Sales of conservative books have plunged since the 2004 election; around 500,000 viewers have flipped from the Fox prime time lineup to other channels.

The ultimate effort–the Magna Carta, the He’s Just Not That into You–of Republican polemicists is Hugh Hewitt’s Painting the Map Red. In earlier, better-selling tomes, the diehard Republican (sorry, “center-right”) radio jockey stood up for Christian values and the epochal power of blogging. In Painting the Map Red, Hewitt posited that (1) the Bush presidency was an unalloyed good; (2) the Republican majority was all right, but would be better if it was even larger; and (3) the Democrats had to be crushed.

How well did the book go over? Amazon.com has discounted it to $2.99. Hardcover.

Hewitt’s book, like his far more popular blog, is nearly devoid of criticism of the Republican Party. The goal he set for the 2006 elections was a “national campaign built on a showdown over national security and ending the Democrats’ obstruction.” The lesson of Republican rule was not that the party could lose its way or that the administration needed the occasional gut check from conservatives and libertarians.

Like a nervous parent or a once-bitten-twice-shy girlfriend, Hewitt is incapable of seeing the GOP’s faults. He applauds outgoing Speaker Dennis Hastert’s anemic response to the wave of congressional scandals because, well, Republicans are better than Democrats (“You can trust the GOP to clean its own House”). He wrongly predicted the survival of crooked Montana senator Conrad Burns, whose profligate pork spending and ties to Jack Abramoff have convinced the party to cut him loose, because, well, Republicans are better than Democrats. (Burns, he predicted, “could pull it off with straight talk and help from Bush,” as if that means anything.)

Hewitt, and many of the pro-Republican bloggers/pundits/radio jabberers that he cites, have taken such a long breather from justifying their party’s policies that they’ve forgotten how to. It’s easy to sniggle at liberals like Markos Moulitsas, but his “libertarian Democrat” manifestos are the kind of inward, searching reflections on the state of the political parties that simply aren’t coming from Republican polemicists any more.

The problem isn’t that the authors and bloggers are negative. Hey, that’s campaigning. The problem is their lack of ideas, their lack of a defense of the GOP, their lack of interest in justifying the party to its former faithful. They hate being told that the beloved party might need to be kicked into the minority to rediscover its reason for being. They hate it so much that they can provide scary pictures of Nancy Pelosi, nasty names for anti-PATRIOT Act Democrat Jon Tester and even more evidence that they desperately need a little time back on the bench.