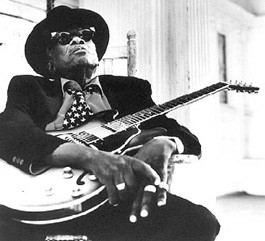 CD sets for the music fan on your gift list

Looking for an über-holiday gift? Flush with Christmas cash? It’s the box-set season. Ever since the blockbuster sales of Eric Clapton’s 1988 four-CD career retrospective Crossroads, record companies have seen these big pricey reissues translate into big profits. For fans, it’s a chance to dive into a deep catalogue of favorite sounds. This year’s titles offer something for everyone, with sets from John Coltrane to Bob Wills and the Texas Playboys.

The most ambitious is the Doors’Perception, a 12-disc set that gathers the chart-topping rock band’s first six albums (all those with singer Jim Morrison) and marks the 40th anniversary of one of the most influential and controversial American bands of the 1960s and ’70s. The Doors’ catalogue is still impressive, especially in these enhanced high-definition formats. Each title is packaged in its own cardboard slipcase holding two discs: a high-def stereo CD version of the album and a DVD holding freshly minted 5.1 surround-sound remixes, bonus audio tracks, rare videos, photos, ring-tone codes and other items.

The recordings have been remastered to correct tape-speed errors in the originals and remixed to restore vocals deleted four decades ago to ensure the songs wouldn’t offend the radio programmers. The result is something of a mixed blessing. For instance, it is sometimes difficult to adjust the multichannel balances, and did we need that weird kazoo sound effect added back into the mix of “The Soft Parade” suite?

But that’s a minor annoyance. These surround-sound mixes overall bring out the drums and keyboards, and help propel these songs into new sonic terrain. Many of the tracks–most notably “The End,” “When the Music’s Over” and “Riders on the Storm”–benefit considerably from the more open soundstage. And while there’s no denying that some of the latter material was uneven, the Doors’ oeuvre, for the most part, withstands the test of time.

The same can be said of the Byrds, hailed as America’s Beatles. There Is a Season offers 99 tracks on four CDs and a bonus DVD of vintage TV and concert footage. The tracks trace the band’s evolution from acoustic folk to folk-rock, spacy psychedelia to pioneering progressive country and beyond. From the early covers of Dylan’s then-obscure songs to the raga rock of the oft-covered “Eight Miles High” to the wistful country of “Hickory Wind,” this is essential stuff.

Country and Americana fans should cherish the four-CD set ‘Bob Wills and His Texas Playboys,’ part of the Columbia/Legacy Legends of Country Music series. The 105 tracks highlight the Western-swing bandleader on sides recorded between 1932 and 1973 on a variety of labels. Some may regard Wills as a novelty act, but his sometimes goofy patter masked a sophisticated mix of cowboy songs and swing jazz that even presaged early rock.

Blues buffs should appreciate two new box sets profiling a pair of true American originals. Buddy Guy‘s Can’t Quit the Blues is the first definitive career-spanning collection devoted to the 70-year-old Chicago blues guitar legend who influenced everyone from Jimi Hendrix to Jonny Lang. This stunning three-CD set includes six previously unreleased tracks and a 48-page booklet, plus a DVD of 11 rare live performances and a 90-minute documentary. The personnel reads like a who’s-who of the blues: Lang, Eric Clapton, Willie Dixon, Otis Rush, Junior Wells, B. B. King, Jeff Beck, Keith Richards, Bonnie Raitt and Double Trouble, among others.

Meanwhile, the late John Lee Hooker is the focus of the four-CD set Hooker, serving up a half-century of blues and boogie. This first-ever career retrospective includes remastered tracks from the more than 30 labels on which the Mississippi blues great recorded. It also features Clapton, Raitt, Robert Cray, Carlos Santana, Van Morrison, Jimmie Vaughan, Los Lobos and Charles Brown. Many of those later sessions were produced by North Bay bluesman Roy Rogers, who helped engineer Hooker’s revival in the mid-’80s.

Jazz fans who missed the 16-disc John Coltrane box set The Prestige Recordings, now out of print, can celebrate the fact that the Concord Music Group, which purchased the Prestige label earlier this year, is planning to reissue those landmark recordings in three new box sets. The first, Fearless Leader, spans nine sessions recorded between 1957 and 1958, and chronicles Coltrane’s emergence as a bandleader. These tracks find the famous saxophonist delivering straight-ahead jazz with an emphasis on bebop and ballads, unlike the free-jazz forays that would command his attention in later years. Still, he imbued such standards as “Stardust” and “Lush Life” with purity and remarkable creativity.

Don’t overlook this gem, a welcome addition to any jazz fan’s collection.