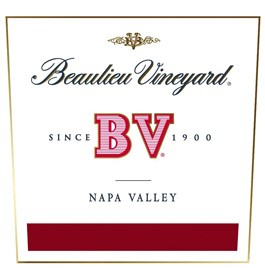 Sometimes high praise begins at a low bar. “I don’t know a lot about wine,” my confederate admits to our tasting-room host. When picking out a quick bottle to bring to a friend, however, she’s got it covered. “I turn to BV,” she explains, “because I know that I won’t be embarrassed.”

Frenchman Georges de Latour founded Beaulieu in 1900, surviving Prohibition through his ties with both Catholic and Jewish communities in San Francisco. In 1938, he recruited enologist André Tchelistcheff, who became nearly more of a legend than the venerable winery itself. Owned today by spirits giant Diageo, the older wings of the voluminous complex house towering old redwood tanks, while the original stone winery is sequestered within, like an Altstadt in the heart of a metropolis.

Beaulieu Vineyard’s something-for-everyone lineup is arranged in coherent tiers. The Maestro Collection is an appellation-based varietal smorgasbord, including Marsanne, Muscat Cannelli and a bright, caramel-toned 2008 Ranch No. 8 Carneros Chardonnay ($32); Ranch No. 9 is lean with acacia and citrus. The 2007 San Benito South Hart Vineyard Grenache ($28) is the bright and easy-to-like product of 100-year-old vines, with sage over raspberry jam. The 2007 Beauzeaux Red Blend ($28) includes a bit of Charbono clowning around with Zinfandel and other friends, while both Ranch No. 1 and Ranch No. 2, 2007 Rutherford Cabernet Sauvignon ($65) deliver plenty of dark toast, baking spices, milk chocolate and berries for the money.

Fatter wallets must be toted a short distance over to the Reserve Room, where library wines back to 1970 are still on offer. Refined texture is what the 2007 Tapestry ($60) is all about, that and a hint of cigar wrapper, marjoram and wild berries; while the 2005 Clone 4 Rutherford Cabernet Sauvignon ($140) shows up the rest in the blueberries-and-cream department.Beaulieu’s flagship 2007 Georges de Latour Cabernet Sauvignon ($125) has its own custom winery-within-a-winery with some highly unusual practices: small oak barrels are filled with crushed grapes, recoopered, sealed up and placed on gently arcing racks fitted with castors that allow each barrel to be hand-turned throughout fermentation. Flavors play second to tightly woven texture, and a distinctive nose of fine-pestled herbs, sage, crushed rock . . . there’s some talk of “Rutherford dust,” and this, friends, is it. Bring a bottle to your next soirée, and you won’t be embarrassed. Or pick up a bottle of sound and reliable BV Coastal Estates, just to be sure.