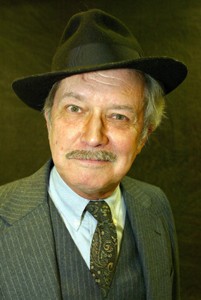 Terrible Thirst: John Barrymore’s lust for drink makes for a better play than it did a life.

Eighty-four years ago in New York City, the hottest ticket in town was Shakespeare’s Richard III, staged at the Plymouth Theater. The show opened on March 6, 1920, and each night for several weeks after, more than a thousand people showed up to pack the downtown venue, waiting in hyperventilating anticipation for the show to begin. What drew them there night after night was not William Shakespeare, and it had little do with Richard III. What they came for was one thing and one thing only: to see John Barrymore, the star of the show.

Wildly famous for his drunken extracurricular antics and of course for the light comedies and insubstantial dramas he’d played in on stage and screen, Barrymore’s appearance in Richard III was initially considered scandalous; at first, no one believed that he had the chops to pull off so demanding a role. So when the critics stumbled away on opening night in a state of bedazzled awe, proclaiming in print that Barrymore’s Richard was among the greatest Shakespearean performances ever given (the Tribune called it “the most inspired performance this generation has ever seen!”), the theatergoing public began clamoring for a chance to see this amazing performance for themselves.

Little else is known about the production. The only thing that mattered, it seems, was John Barrymore.

In the Sonoma County Repertory Theatre’s current production of Barrymore–the surprisingly humorous one-man show by playwright William Luce, directed by Jennifer King–history seems to be repeating itself, though on a somewhat smaller scale. Whatever else one says about the play itself–that it’s central characterization is a bit simplistic or that Luce’s script is a tad too dependent on groan-inducing one-liners–what matters most is the show’s astonishing performance by William Wilson, whose portrayal of the aging, obscene, appallingly alcoholic Barrymore is masterfully assured and dazzling from beginning to end.

“Things are beginning to click for me,” Barrymore says early on in the show, impishly adding, “my knees, my elbows, my neck.” This is a Barrymore whose many years of carousing and whose four unhappy marriages have left him literally jittery, his hands shaking as he joylessly slams back glasses of medicinal whiskey. As he prepares for a one-night-only restaging of Richard III, a desperate attempt to win back the public respect (and self-respect) that has slipped away from him, Barrymore talks to Frank (Jack Weaver), his exasperated unseen prompter.

Barrymore recounts various anecdotes from his life and runs through a series of bad wife jokes (“Divorces cost more than marriages, but dammit, they’re worth it”; “For 20 years, Catherine and I were ecstatically happy, then we met”). Eventually, he comes face to face with the awful truth: alcohol abuse has robbed him of the ability to remember his lines and has cost him the greatness he came so very close to achieving.

Wilson never manages to make Barrymore seem likable or sympathetic–not that anyone could; by all accounts, the man was a self-loathing bastard. Still, Wilson bounces amiably through the various ribald reminiscences in the script: Barrymore teaching a parakeet to say “Fuck you!”; Barrymore bad-mouthing his famous brother and sister, Lionel and Ethyl; Barrymore musing on the length of his marriages: “Each marriage lasted seven years–like a skin rash.”

Then, suddenly, in those moments when his forced jocularity fails him–as when he recalls fetching his drunken father home from a brothel or admits, with rising terror, that he knows his life is essentially over–Wilson’s Barrymore slides into those depths of despair and desperation with such skill, compassion and effortlessness that I found myself forgiving the script’s occasional cliché’s and recognized that I was observing one of the finest performances of the year.

Like that fabled production of Richard III all those years ago, it’s not the play or the staging that matters. What counts is the performance of a great actor at the height of his powers. William Wilson’s riveting John Barrymore is one such portrayal, and though the material is occasionally unworthy of the actor, this is quite definitely a performance that should not be missed.