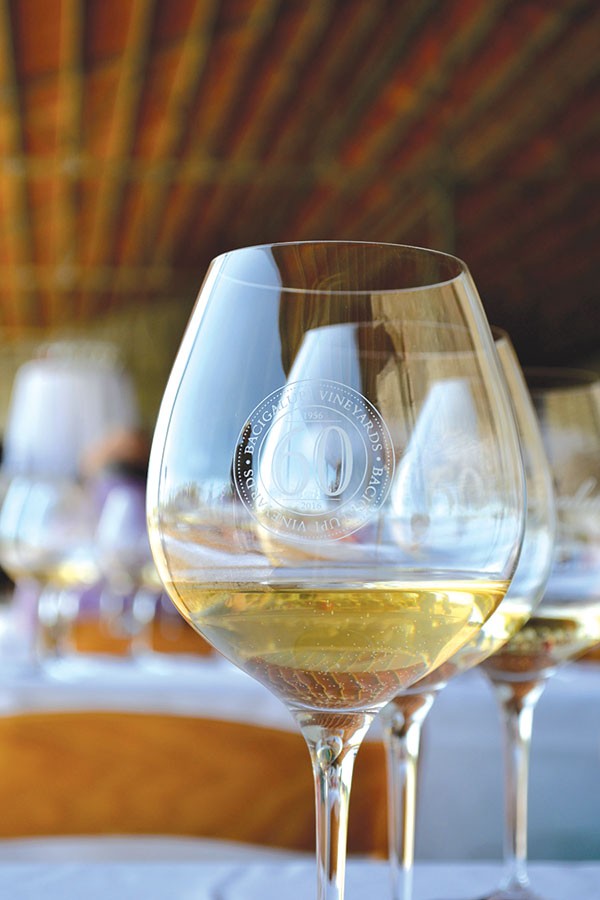 The Russian River Valley used to be the kind of place where, if you were driving down Westside Road, you might see a dog lying in the middle of the street. That’s what Rod Berglund, winemaker at Joseph Swan Vineyards, recently told a crowd assembled for a very special blind tasting Chardonnay at Bacigalupi Vineyards. His punchline: “An hour later, when you come back, it’s still there.”

Berglund, sharing the stage (which was, as befits the farming family’s style, the flatbed of an old Peterbilt truck) with three other panel members, was making the point that in the 1970s, this world-renowned wine region was an agricultural backwater where selling some Zinfandel for jug wine was a farmer’s best option. Grapes just weren’t the “main thing,” according to panel moderator and sommelier Christopher Sawyer. “Fifty dollars a ton,” affirmed Helen Bacigalupi, shaking her head in an aside to those seated next to her.

Billed as “Return to Paris,” the April 30 event celebrated the Bacigalupi family’s 60th year on their Goddard Ranch property, and the 40th anniversary of a small wine competition in Paris that changed the way the world looks at California wines. The event is known forevermore as the “Judgment of Paris.”

The play on words refers to the ancient Greek myth in which a trio of goddesses cause mortal mayhem in vying for nothing more than a tchotchke, a golden apple—except with the French doubling as both hapless shepherd-judge and spurned deities.

It’s the golden apple that’s the thing, for the Bacigalipis. They supplied a good percentage of the fruit for Chateau Montelena’s Burgundy-busting Chardonnay, delivered with a Volkswagen pickup truck and trailer by Helen Bacigalupi herself. The truck’s still going strong, the nonagenarian points out. And so is she, making sure to correct the fellows on the dais when they’ve stumbled on a fact or figure.

But to be honest, she whispers to granddaughter Nicole Bacigalupi Dericco, she’s not sure which of six mystery wines in front of her is their own. I’ve decided, mistakenly, that wine number six, which turns out to be 2012 Domaine William Fèvre Puligny-Montrachet Le Clavoillon, is the Bacigalupi Chardonnay. I pegged wine number one, which shows rich, toasted aromas of butterscotch and apple pie, as a Meursault “ringer” meant to throw us off the scent. But it’s the 2014 Bacigalupi Chardonnay ($56), and although this contest was no formal judgment, it won the audience pick by round of applause.