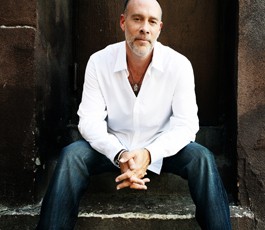 Having survived a murder attempt, Marc Cohn rediscovers his muse

O ver the past two years, for the first time since he started his career, Marc Cohn has found himself writing songs for the most natural of reasons.

“I got back to the place I was when I first started writing songs, when it had nothing to do with career or craft. It was just about necessity,” Cohn says in a mid-October phone interview. “I had things I needed to articulate, and that was the only way I knew how.”

The organic burst of songwriting provided the bulk of material for the newly released Join the Parade , which is Cohn’s first new studio CD in nearly a decade. He plays the Mystic Theater on Dec. 3 to support Parade .

Cohn just wishes the events that helped break what had been a long and frustrating bout with writer’s block would never have happened. After finishing a show Aug. 7, 2005, in Denver, a man attempting to carjack the van in which Cohn was riding fired into the van. The bullet hit Cohn in the temple. Amazingly, the bullet lodged in tissue and did not enter the brain, and he was able to leave the hospital the next day. Cohn saw the entire event unfold, including the gunman as he aimed at him.

As Cohn hints, dealing with the emotional after-effects of the carjacking and the shooting has been difficult. Today, he’s coping as well as could be expected.

“You never totally get over this kind of thing,” he says. “There will still be something that triggers a memory and then creates some sort of disturbance or anxiety or unsettled feeling. And I’m just trying to learn how to accept that. Occasionally, there’s still a nightmare. But I’ve learned pretty well how to deal with it. But for the most part—knock on wood—I’m doing great.”

Musically, Cohn is certainly doing much better than in any time in the recent past. While he lost his muse for the better part of eight years, it returned in fine form to inspire the songs on Join the Parade . The new disc shares the soulful influence that informed his earlier albums, the 1991 self-titled debut (which included the hit single “Walking in Memphis”), 1993’s The Rainy Season and Burning the Daze (1998). But Parade has a grittier and rootsier sound that works very well for Cohn.

His live set has taken on a whole new direction with the full-band format. “It kind of starts out rocking, and kind of stays there for a good part of the night,” he says. “And then [guitarist] Shayne [Fontaine] and I go back to just a duo format for awhile, and then the band comes back out again, and that’s the show. The audience sort of decides how many encores [we do]. It’s a completely different arc to the show. I’ve really been enjoying it.”