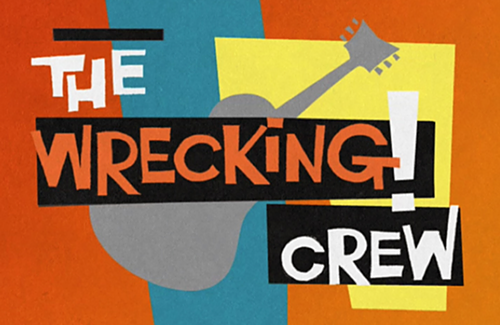 April 27: The Wrecking Crew at the Smith Rafael Film Center

While superstars like Elvis and the Righteous Brothers were taking all the credit, the unsung session musicians who played the actual music remained in the liner notes, rarely getting the notice they deserved. Now a group of West Coast musicians dubbed the Wrecking Crew get their turn in the spotlight in Denny Tedesco’s documentary focusing on the players behind the hits, including the filmmaker’s late father, guitarist Tommy Tedesco. Rarely screened since its premiere in 2008, The Wrecking Crew returns to the big screen with additional interviews for a special one-time showing presented by Tedesco on Sunday, April 27, at the Smith Rafael Film Center, 1118 Fourth St., San Rafael. 7pm. $12—$15. 415.454.1222.