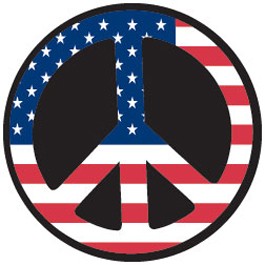 All Over But the Drinking

It’s all over but the shouting. Like a bad fermentation, it seems that political contests start with sour grapes and go south from there. Credulous voters have punched their choices into retooled video poker machines or marked Scantron cards, and what’s done is done. As we go to press, the results are yet unknown. Since prognostication of the future is above my pay grade, I offer the following wine recommendations with which to either celebrate victory or mellow the sorrow of defeat:

Celebrate Measure Q with Hart’s Desire 2006 “Ponzo Vineyard” Zinfandel ($24). The tasting room is only a brief walk from the Cloverdale train station—or a vigorous, traffic-free ride on the adjacent bike path. On the other hand, opponents of 21st-century transportation may enjoy Q’s defeat by cracking a bottle of NightTrain down by the desolate railroad. Go ahead and lay down on the tracks. You’re safe.

California high-speed-rail fans can toast Proposition 1 with Siduri 2006 Gary’s Vineyard Pinot Noir ($49) from the Santa Lucia Highlands down in the southland. (Actually, the bullet train to L.A. will pass through the Central Valley—hey, it’ll all be a blur at 200 miles per hour, anyway.)

Those cheering the defeat of Proposition 8 may pop the cork on—what else?—Iron Horse Wedding Cuvée ($38), while jubilant supporters of the same-sex marriage prohibition would best hark back to that earlier Prohibition: You toast with an empty chalice.

Proposition 11? Redistricting is confusing enough when sober. Enjoy the 2005 Frediani Vineyard Charbono ($30) from On the Edge Winery, a champion of the proposed Calistoga AVA that’s stalled in red tape. Who knows, maybe they’ll finally carve out their district, too!

If the plucky McCain-Palin ticket has prevailed against odds, pop the tab on a Coors, the non-elitist drink of the everyman. Proceeds benefit only a few wealthy families. Those who mourn a vanquished McCain can reach for a veteran bottle from your collection. It may have been a respected, venerable vintage back in the day, but now it’s clear you wouldn’t want to have hung on to it for another four years. Still say it ain’t so? Mix with Diet Pepsi and shake with half-melted ice cubes.

With all the high hopes raised, if the electoral map’s blue turns to red in some perverse, reverse véraison, and Obama-Biden goes down, I cannot in good conscience recommend a spirit strong enough to salve your sorrow. And while a victorious Obama camp may be tempted to celebrate with abandon, perhaps sober reflection is in order. Grab a glass of new wine, and imagine going for a walk through a poorly maintained vineyard in the fall. Some vines grew rank, while many others have already lost their leaves. Yet it stands on some of the best soil, and could produce a great vintage in 2009 and beyond. Sure, there’s no telling what inclement weather might test it, but the next harvest could lift field workers, vintners and owners alike into better times. We’ll see. Even if you’ve chosen a promising new vineyard manager, there’s still a lot of work to be done.