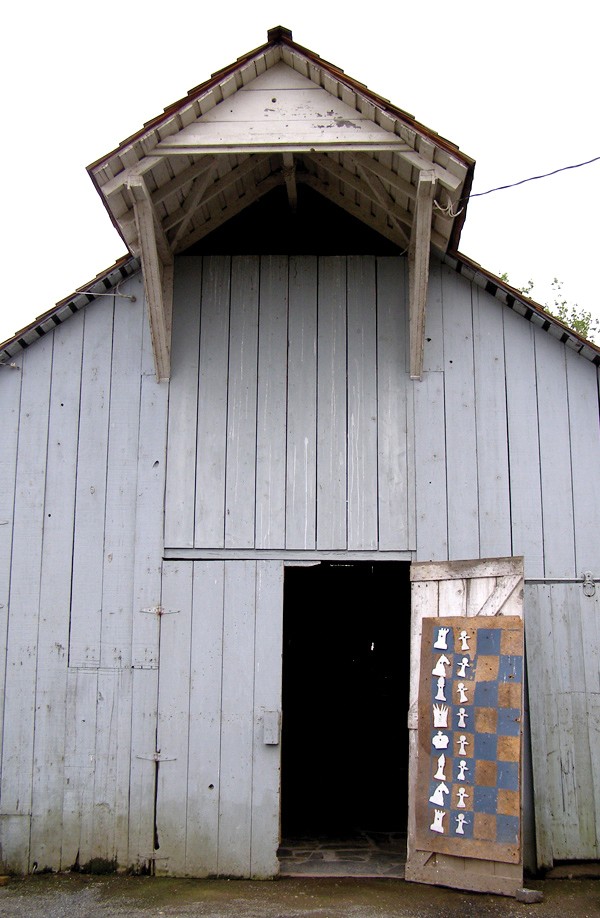 To the Stars, Through Napa

There’s something about the name that suggests something else. Adastra! It almost demands an exclamation mark, a pyramid with black tinted glass, that sort of thing. Adastra’s hospitality center in Napa, however, located down a narrow little drive lined with poplars, within a tidy but antique farmstead, is anything but wine country moderne. It’s a big, old horse barn.

Inside, owner Chris Thorpe explains that “ad astra per aspera” means “to the stars through striving.” It’s the motto also of many a school, and, among other things, of the Martian Imperial Commandos in Kurt Vonnegut’s Sirens of Titan. The giant painting of a mammoth inside the barn? That’s another story, but it’s already clear that Adastra is a quirky mom-and-pop outfit with a sense of humor.

Thorpe grew up on a farm in Michigan, so his first idea was to get rural, not get into the wine business. He tried raising cattle first, but it turned out that grapes were less likely to bust out of the fencing. The vineyard has been certified organic since 2005.

Thorpe may have led this tour hundreds of times, but he’s in no hurry, passing leaves from the garden over for inspection: there’s wormwood, camphor, sorrel. Once a surgeon, his manner is more reminiscent of a tangent-spinning professor emeritus, his voice pitching into a mischievous lilt when he’s kidding around. He’s quick to drop the names to restaurants that serve his wine, but he’s also proud of their prize-winning tomatoes. “The Adastra tomatoes are the best I’ve ever tasted,” said one chef. “The wine is pretty good, too.”

For small groups, tasting is conducted on the kitchen table, “the way it used to be,” according to Thorpe. The 2011 N’Oak Chardonnay ($20) spent no time in barrels, but it’s got aromas of apples and cream, with a rich, lingering finish.

The 2009 Proximus Pinot Noir ($60) has more spice, texture and cranberry fruit than the 2005 Pinot Noir library sample, which has an enticing bouquet of orange rind and chocolate liqueur. The 2009 Merlot ($40) should appeal to Right Bank fans, with inky fruit, graphite and tobacco notes; fine herbs accent the 2009 Proximus Merlot’s ($60) plush red fruit and baking chocolate flavors.

Ed’s Red 2009 A.D. ($15) is nicely priced, with a silly theme and an artistic label depicting an imposing but quite extinct wooly mammoth. A pleasing, perfumy blend of Dolcetto, Zin and Syrah, it’s been a real hit for them. Ed’s Red is the brainchild of Thorpe’s son-in-law, who explains the theme thus: it goes great with mammoth. You either get it, or add “non sequitur” to this week’s Latin lesson.