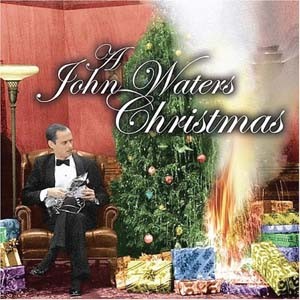 Among indie film auteurs, Baltimore director John Waters possesses a unique vision of America. In such campy comedies as Pink Flamingos, Serial Mom and Pecker, Waters holds a funhouse mirror up to middle-class convention and invites audiences to laugh at their own hypocrisy. He has a real knack for revealing the underside of life–like a mischievous kid poking at some slimy thing with a stick–while retaining a quirky good-natured attitude about the social foibles he uncovers. Critic Peter Fawthorp once described him as “the greatest living admirer of terrible.”

Blessedly, pop music has played a big role in his eccentric films. For instance, 1988’s Hairspray, recently revived as a wildly successful musical, found Ricki Lake and her friends battling segregation at a televised teen dance party. And 1990’s Cry Baby teamed Johnny Depp (in his first starring role) and Iggy Pop in a hilarious sendup of ’50s youth culture.

So it’s perfect that Waters has scored a sleeper hit with a 12-track collection of kitschy seasonal singles that he calls the soundtrack for “a merry, rotten, scary, biracial, ludicrous, happy little Christmas.”

For the most part, A John Waters Christmas (New Line Records) slipped under the media’s radar when it hit the racks last month, but word-of-mouth advertising has seen to it that this fun little package is flying off the shelves; most North Bay record stores report that they can’t keep it in stock.

And there are some glittering gems.

The opening track, “Fat Daddy (Is Santa Claus),” is an obscure recording by Fat Daddy himself, a onetime Baltimore R&B DJ who used to host the show Negro Day, and became the inspiration for Hairspray‘s endearing DJ Motormouth Mabel (played in the film by R&B legend Ruth Brown).

Tiny Tim–the ’60s novelty act best known for his high-falsetto rendering of “Tip Toe through the Tulips”–checks in with a reading of “Rudolph the Red-Nosed Reindeer” that is surprisingly charming.

“Happy Birthday Jesus (A Child’s Prayer),” a 1959 single by a motley moppet named Little Cindy, is truly one of the masterpieces of Christian guilt. Those old sentimental trucker ballads by country legend Red Foley seem downright cynical by comparison. And just in case you’re not sobbing yet, Waters slips in Roger Christian’s sappy tale of a crippled orphan, “Little Mary Christmas.”

“I Wish You a Merry Little Christmas” is one of the most soulful seasonal songs around from “Little Eva” Narcissus Boyd, the onetime babysitter for songwriting team Carole King and Gerry Goffin, who wrote Little Eva’s 1962 pop hit “Locomotion.” Waters discloses a sassier side of the soul singer.

Exotica fans will appreciate the floating melody of the Coctails’ blissfully theremin-driven “First Snowfall.” Have another hot toddy and pass the lithium.

Or, you may ask, who needs lithium when you have the aggressively cheery Chipmunks chewing on the Leroy Anderson classic “Sleigh Ride”? It’s just doesn’t seem like Christmas without Alvin, Simon and Theodore, the tiny Tamias trio created in 1958 by Ross Bagdasarian who took $190 of his family’s $200 savings to buy a state-of-the-art tape recorder capable of changing speeds. Ross milked that function for all it was worth.

Waters closes his greetings with what he describes as “the mother lode of crackpot Xmas cards,” the Kwanzaa carol “Santa Claus Is a Black Man” by Akim and the Teddy Vann Production Company, which the liner notes tell us cost Waters a small fortune on eBay.

But how can you put a price on this kind of high camp?

But I’ve saved the, uh, best for last. Ah, yes, track five. What is arguably the most outrageous Christmas song of all time: “Here Comes Fatty Clause” (aka “Here Comes Fatty with His Sack of Shit”), an explicit plaint for beleaguered holders of maxed-out credit cards everywhere.

Hey, what did you expect from the filmmaker who made fat, style-obsessed tranny Divine a star?