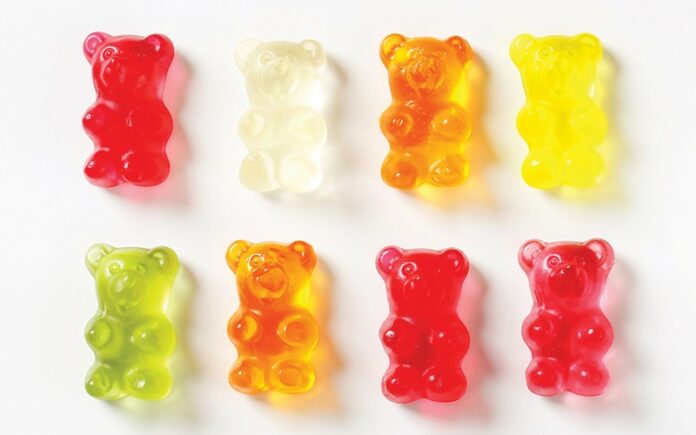 Your Brain on Fox

Dave Edward over at Raw Story writes this week in a piece picked up by Alternet that “Fox News hosts warned viewers on
Dec. 3 that ‘gummies’ infused with marijuana are threatening the lives of Americans.” Oh no, they didn’t.

Oh yes, they did. “On Monday’s edition of Fox & Friends,” Edward reports, “host Brian Kilmeade spoke to a sheriff in Florida about a 12-year-old boy who was charged with felonies for sharing marijuana candy with his classmates.

“‘No one talks about this,’ Kilmeade complained. ‘THC is addicting. I know so many people—they say they were told one thing and they get addicted to it and that’s an addicting substance. There is a price to pay for pot.’

“‘It’s not a minor nonviolent felony,’ Polk County Sheriff Grady Judd opined. ‘It’s ruining families and killing people every day across the United States. And we stand here in denial thinking that it’s not a gateway drug to drugs that’s killing people.’

“‘Yeah,’ co-host Ainsley Earhardt agreed. ‘You don’t start on cocaine, you probably start with marijuana and it leads to other things.'” Wow.

Hopefully, Ains, it leads to the upcoming Emerald Cup at the Sonoma County Fairgrounds, scheduled for the weekend of Dec. 15–16. The Nugget heard from our friend Oaky Joe Munson this week, and he’s planning to attend the annual pot-judging competition—but he won’t be alone. He’s bringing the troops.

We can’t think of a better time than the present to celebrate some of the tasty gummy pot products on the market, and which Nugget readers should keep an eye peeled for at the Emerald Cup (don’t worry about it, Ains, it’s an adults-only affair, no kids allowed). Thanks to our pals at the online Leafly, the Nugget’s patriotic duty is to report that there are tons of pot-candy products out there nowadays. For starters: Made by Hemp CBD gummies, a Kushy Punch Sativa strain of gummy, Baked Brothers Sour Gummie Bears, Mr. Moxey’s Ginger CBD Mints for a change of pace, Chronic Boom Delights’ Just CBD Gummy Bears, EdiPure Watermelon Tarts, CannaChews, Gorilla Pharm Gummy Bears.

Load up and get ready to throw stuff at the TV next time those Fox dummies start in about the gummies.