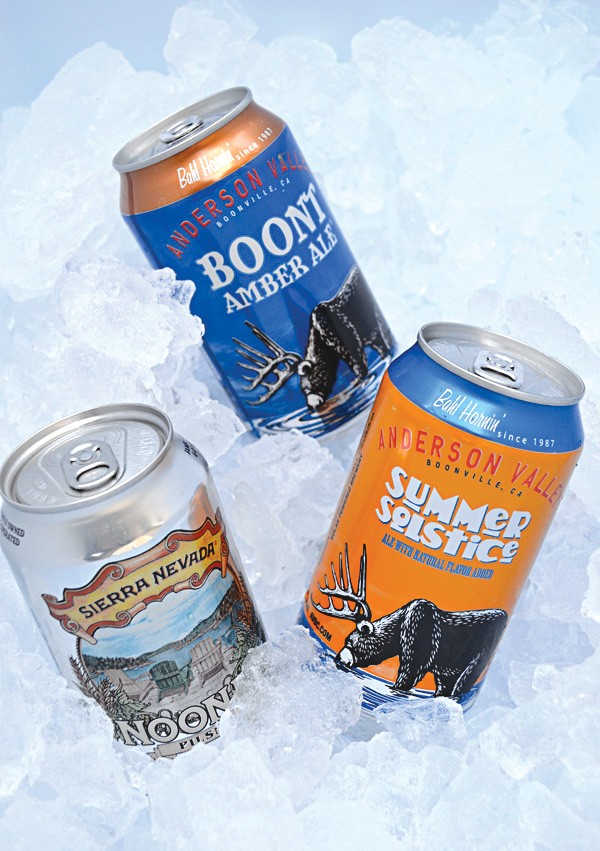 Sussing out the suds: Does craft beer taste different from a can?

It wasn’t long ago that cans and bottles occupied strictly opposite ends of the beer spectrum, from cheap lager to craft brew. Now, claiming that aluminum cans are environmentally “greener” and keep the beer fresher, some craft breweries are pushing the can.

But they may receive pushback from consumers like my friend who swears that she can taste the “canned” flavor in canned beer, and she isn’t going for it. To find out if the differences are obvious, I assembled Bohemian staff members for an afternoon of blind beer tasting.

Bottle vs. Can, Round 1: Sierra Nevada Brewing Nooner Pilsner This seems like a land grab for Budweiser turf. Some craft breweries can’t seem to shake their typical pale ale profile when making a pilsner. Sierra nailed it. Nooner smells like Bud at its best, on tap from a fresh keg at the ball game. It’s light, grainy, smells lagered but fresh, and has just a hint of fruity hops and a dry, bitter finish. But we were fooled by the can. Nearly everyone preferred “sample 1b,” which was poured from cans out of sight of tasters, and several felt sure in deriding sample 1a: “Can—that’s my guess. Tastes too old-school domestic,” noted one. “Funky fragrance—canned?” asked another. The bottled beer just tasted like a slightly flatter, more bitter version. One win for the can.

Bottle vs. Can, Round 2: Anderson Valley Brewing Summer Solstice A cream-style ale with added flavorings, Summer Solstice is a richer, maltier brew than most others tagged to this season. Amber-colored and mouth-filling, it’s got a moderate alcohol content of 5 percent. But although Bohemians were over the moon with this beer, praising its malty, nutty aroma, caramel flavor, and essences of chocolate and vanilla, they mostly preferred the bottled version. Glass takes the round.

Bottle vs. Can, Round 3: Anderson Valley Brewing Boont Amber Ale A NorCal classic, the Boont was also a hit with Bohemians. Smoky, malty and sweet-bodied, it’s got the familiar, piney hop profile of California pale ale. A few seemed to prefer the bottle, so I asked Anderson Valley brewmaster Fal Allen why that may be. “Our research shows storage time and temperature are the variables with the greatest impact on product quality,” Allen replied, “the two parameters we cannot control once they leave the brewery.”

By this point in the session, however, the data got murky, as the group’s animated conversations split into different directions. This just in: Serve people beer from either can or bottle, and they’ll enjoy themselves in due time.