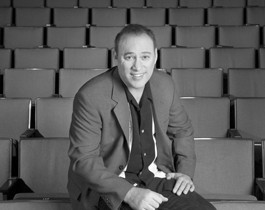 ACTII: Rick Reynolds returns, as funny as ever.

Way back in the early 1990s, long before confessional, monologue-based solo shows were the commonplace theatrical occurrence they are today, Petaluma standup comic Rick Reynolds launched a fresh, innovative one-man show titled Only the Truth Is Funny, the true story of Reynolds’ hilariously screwed-up childhood and his subsequent search for meaning in life. Workshopped in San Francisco comedy clubs before landing onstage at the Theater on the Square, where it became the darling of critics and audiences from the North Bay all the way to Hollywood, the show was a certified phenomenon. For a while, that first show, and the one that followed it, All Grown Up . . . and No Place to Go, seemed to be propelling Reynolds toward certain stardom.

“Only the Truth Is Funny was a huge hit,” Reynolds agrees, seated in the East Petaluma house he bought after his marriage—much of which he described in his first two shows—disintegrated a few years back. “That show sold out every night in San Francisco and Los Angeles, it went to New York City, it became a special on Showtime and was nominated for a Grammy. I made a couple million bucks off my shows. All Grown Up became a TV show, which a lot of people saw, though not enough people to keep it on the air. It was all a big deal. I was a big deal, and everyone was talking about me, wondering what I was going to do with this newfound stardom.”

Reynolds laughs, spreading his arms to take in his home office lined with shelves of his thousands of DVDs. To one side of the room is his desk, where he’s been hammering out a quieter living writing television pilots and movie scripts, most of which have been sold to Hollywood though none have yet made it to the screen. “I don’t know who was more surprised when I didn’t become a great big TV star, me or everyone else,” laughs Reynolds, who easily admits to having suffered from serious depression after the dissolution of his marriage.

During the last several years, he’s been laying low, being a dad, writing his screenplays, creating another show—Happiness, which ran for several weeks at the Marsh in San Francisco—and quietly planning his eventual comeback.

“Back when everything was happening,” Reynolds says, “everyone kept expecting me to tour the country with one of my shows, which is what you do with a successful stage show. But I didn’t want to tour back then. My wife had just had a baby, I was working on the TV show, and I wanted to stay close to home. But my kids are older now. Cooper is getting ready to go off to college pretty soon. My kids can handle it if I start to travel a bit.”

Though he could have created another new show, Reynolds elected to dust off the show that started it all. Next week, at Cinnabar Theater in Petaluma, he begins a “workshop run” of a show he is calling Only the Truth Is Funny 2009.

“A lot of people are going to scoff at this, but I swear this is a better show than the original,” he says. “It’s a cleaner, stronger, funnier, more entertaining show now, and I can’t wait to get it out in front of people.”

Could lightning strike twice for the godfather of solo shows? Reynolds believes it can—and will. Investors have been calling up asking about the new show and potential tour. Big name directors have expressed interest in directing the show when it’s ready.

“If I’m the godfather of solo performance,” says Reynolds, “though maybe it should be the grandfather of solo performance by this point—it’s because nobody before me had blended standup with confessional monologues in a one-person show, not in the way I do it. There were some solo shows before me and some people had some success, but after my show went over the top, there were hundreds of people trying to launch shows like mine, and most of them failed. Most comics fail when they try to do this, and I can only suggest that it’s because you have to have a really messed up story to tell.”

With a happy laugh, Reynolds adds, “and most people’s lives just aren’t as messed up as mine.”