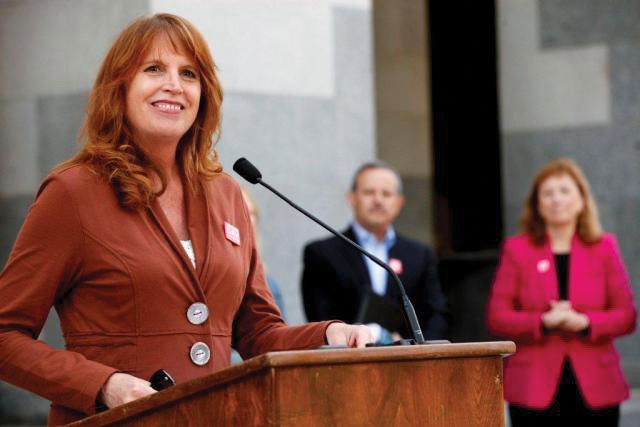 In the aftermath of the shooting of 13-year-old Andy Lopez at the hands of a Sonoma County Sheriff’s Deputy, state senator and former Santa Rosa city councilwoman Noreen Evans (pictured) has co-authored a bill that would require all BB, pellet and airsoft guns sold in the state to be painted a bright color to avoid confusion with their deadly counterparts.

Evans and State Sen. Kevin de Leon, D-Los Angeles, announced last week they plan to reintroduce the legislation in January. Lopez was shot and killed by the deputy after his replica assault rifle proved indistinguishable from a real weapon. “Because the use of lethal force against a person carrying an imitation firearm is a significant threat to public safety,” says Evans, “toys must look like toys and not lethal weapons.” The only federal regulation of toy guns requires they must be affixed with an orange tip, something missing from the toy Lopez carried. In California, only nonfiring toy guns (such as squirt guns) are required to be brightly colored.

Legislation similar to the proposed Imitation Firearm Safety Act was signed into law by Gov. Jerry Brown last year after a 2010 tragedy in Los Angeles similar to the one in Santa Rosa. That legislation (SB 1315), authored by de Leon, allows for cities within Los Angeles County to put the issue to a vote. A spokeswoman from de Leon’s office, however, says not one of the cities has done so yet, possibly for fear of a lawsuit by the NRA. A similar, statewide bill (SB 798) was introduced and voted down in committee in 2011. It was opposed by—big surprise—the NRA, who argued that parts of real guns are now being manufactured in different colors, and this legislation would only endanger public safety officers.