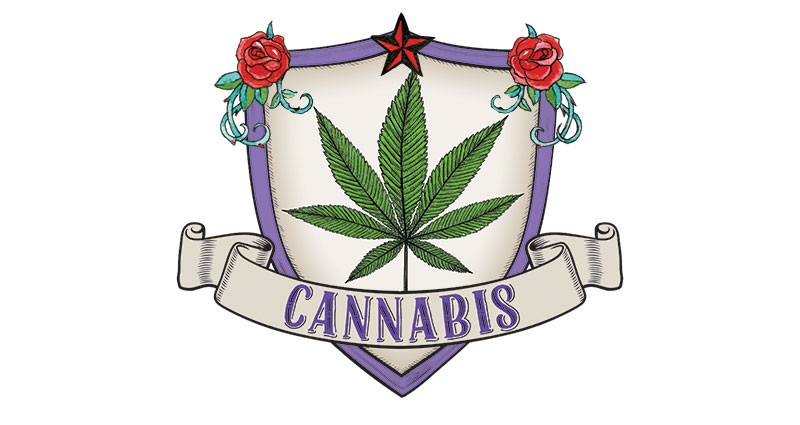 As the cannabis industry expands following the legalization of recreational sales in January, conflicts between growers and neighbors who aren’t keen on the spread of pot farms is on the rise. But at least one local cannabis company has shown that it is civic-minded.

October’s wildfire torched 15 greenhouses belonging to CannaCraft, Santa Rosa’s cannabis heavyweight. That amounted to about 5,000 plants. But in between daring commando-style rescue operations to rural grow sites to try to save crops and welfare checks on their many suppliers and 140 employees (20 percent of whom had to be evacuated), the company donated over $100,000 in product to local dispensaries to shore up their supplies. CannaCraft, California’s largest medical cannabis manufacturer, also donated 12,000 square feet of office space to the American Red Cross, where some 200 volunteers coordinated relief efforts for the North Bay and beyond.

In addition, the company converted industrial space on Giffen Avenue to serve as emergency housing to accommodate RVs and trailers for those displaced by the fires. The site offered electricity, water, portable bathrooms and showers. CannaCraft also launched a fundraising campaign to raise $20,000 toward the purchase of RVs and trailers for fire victims in Sonoma and Lake counties.

“The cannabis industry has operated without a safety net for so long that we tend to look out for one another,” says CannaCraft co-founder Ned Fussell.

That’s what I call being a good neighbor. cannacraft.com.—S.H.

The thing about ‘Oaky Joe’ Munson is that he’s sort of hard of hearing, so when he drops in at the Bohemian office, a fairly regular occasion that we always look forward to, we know it’s him because he’s got a blaring trumpet of a voice that’s somewhere between the Who’s Roger Daltrey and the late Big Ang from Mafia Wives. We love Munson, an old cannabis hand from the Emerald Triangle who has been growing and providing cannabis to HIV-AIDS patients for decades, and bounced down to Forestville several years ago to give it a go in these parts. After a clean-sweep of his 2015 medical crop at the hands of the Sonoma County Sheriff’s Office, Joe has since emerged as one of the sharpest guys around when it comes to analyzing and ranting about the awkward rollout of Proposition 64 in the state and the region, and the dire straits small-scale growers must confront in the face of the Walmartifcation of the industry.—T.G.

Smokin’ Bowls? Isn’t that a dispensary? Nope. It’s the place you go after the dispensary. The Rohnert Park restaurant occupies a low-key space off Southwest Boulevard. With dishes like “Rohnert Pork,” a bowl of fries layered with barbecue pulled-pork, cheese sauce and bacon, it’s hard to not conjure up a case of the munchies. Smokin’ Bowls is great if you suffer from indecisiveness and unexplainable cravings—American classics and Asian-inspired cuisine are offered. Though the owners say they did not intend the restaurant to attract stoners, the food is straight-up stoner bait—delicious, cheap and all in a bowl. Everything on the menu is gluten-, peanut- and soy-free, with a couple
of vegetarian options as well, making sure to please picky eaters and different states of consciousness. 295 Southwest Blvd., Rohnert Park. 707.665.5265. smokinbowls.net.—S.S.

There I was, sweating my way through the last set of overhead presses in the gym, when I heard a couple of older guys talking about their golf injuries and various aches and pains. Turns out they weren’t talking about Bengay or cortisone shots. One of the senior golfers was touting his recent visit to a cannabis dispensary for CBD-rich ointment for his aching elbow.

“I bet it feels great,” says the other guy with a wink.

“Non-psychoactive,” I wanted to say, but kept quiet and marveled about how the times are a-changing.

There are all sorts of reasons why the rollout of Proposition 64 has been a balky mess, and many can be ascribed to a clash between the state’s penchant for nanny-state regulations and its penchant to just relax already and enjoy the ride. As cannabis legalization became a reality in 2018, it was pretty clear that the former penchant had outweighed the latter, especially when one considers the obscene amount of childproof packaging that goes into each little parcel of pungency that one purchases in one of our new local retail pot shops. Grams of ganja, already sealed in plastic pouches, are sealed yet again in another plastic pouch upon purchase, none of which is any good for the environment. When lawmakers reconvene this year and next to hash out the hang-ups with 64’s rollout, let’s ease up on the earth-unfriendly packaging that mocks the childless among us. It’s not like those pouches contain AR-15s.—T.G.

Best Reading of the Cannabis Market

The core of cannabis users may be video game–playing males and old hippies, but SPARC CEO Erich Pearson sees the emergence of a new market: health-savvy, environmentally conscious consumers who want to know where their cannabis comes from. To meet this need, Pearson partnered with Peace in Medicine, moved his headquarters from San Francisco to Rohnert Park and has turned an old turkey farm nestled between premium vineyards in Glen Ellen into his farm. He partnered with biodynamic grape and cannabis-growing expert Mike Benziger to grow plants in accordance with tougher-than-organic biodynamic standards and to study how different soil types affect the herb’s various properties and characteristics. Does terroir affect cannabis like it does the acres of grapevines nearby? Pearson wants to find out.

Sadly, just as harvest was nearing in October, the Nuns fire roared through the farm, incinerating Pearson’s crops, as well as 50,000 square feet of barns and three of the four houses on the property. But Pearson’s property was insured—he’s bouncing back from the fire and has resumed operations. He plans to revisit his biodynamic and terroir projects later this year, betting that, just as consumers want to know where the food they eat comes from and how it was grown, they’ll want to know the same about their pot. sparcsf.org.—S.H.