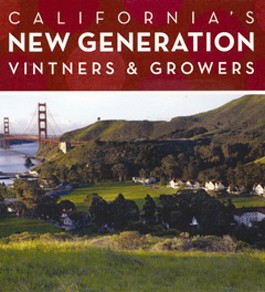 Yes, said magnates of the state’s wine industry, when they met in Sausalito on Nov. 17 for the New Generation Vintners and Growers convention. The meeting addressed several challenges and topics relevant to winemakers and marketers, including California’s evolving wine styles, eco-friendly growing and how the state’s older vintners can smoothly pass the torch without the next generation bungling things up.

At a discussion panel titled “Hip and Trendy Marketing,” reps from four wineries discussed tactics for seducing the newest demographic of drinkers: those barely legal millennials who are shamelessly hooked on the web. The favored tool, it seemed, for reaching this money-spilling crowd is social networking. Cheryl Murphy Durzy, vice-president of Clos La Chance Winery, says her staff spends about three hours each week making announcements via Facebook. Durzy says the internet is the “core component” of marketing today, and those wineries that neglect to maintain an account are behind the times.

Wine blogger Thea Dwelle, who, as the Wine Brat, has produced an astounding 80,000 tweets about adult beverages, was in attendance, sending out some 15 tweets while the hip and trendy discussion proceeded. Veteran journalist Steve Heimoff of Wine Enthusiast, meanwhile, flaunted a dashing old-school style with his trademark rustic pen and a crinkly pad of paper. He broke from his notes just once to ask the panel if, through this incorrigible focus on social media marketing, we might expect to see wineries succeed based on a slick web presence rather than on their wines’ quality. The panel answered in consensus that there is plenty of room for both making good wine and frolicking on the web after hours.

Durzy elaborated for me later, “Almost every winery has a website and still makes good wine or bad wine, so what’s the difference if we’re on Facebook?”

But by making yourselves so socially available via Facebook, I asked Durzy, might winemakers be compromising their mystique?

“So few of us are celebrities, anyway,” she said, “and what people want are winemakers who are relatable. People want that personal connection.”

Irony of the Information Age, that connection comes through computer screens. But at least one thing will never flow through cyberspace: wine itself. In the end, we’ll always have to actually drink it.