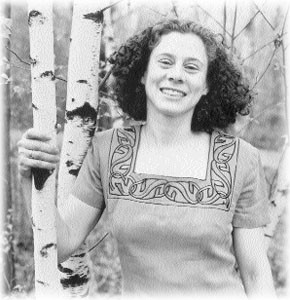 Some Like It Hot: Chef Darra Goldstein loves the cold season.

Legumes let you let go of the blahs

SEASONS, flood lines, and lovers may come and go, but dinner is a constant. Days that reluctantly end at 5:30 p.m. cause children who couldn’t be bothered to eat more than a dirty carrot before 9 p.m. in the summer to begin tragically clutching their stomachs if something isn’t steaming away in the kitchen before the 6 o’clock news. Short days and long nights require that something hot, filling, and nutritious must somehow be concocted, cooked, cleared, stored, and possibly re-heated again.

I, for one, am thoroughly sick of it.

But this need not be the winter of our discontent, at least not at the table–providing the table is weighted down to prevent it from floating away. From chili and stew to winter vegetable soup to chicken noodle soup to everything-in-the-fridge Monday night soup, we’ve had a few good months to hone our culinary cold-season skills. Just long enough, in fact, to long for the delicacies of spring and summer.

But desiring skinny grilled foods and garden-stolen salads and plates of sun-hot strawberries doesn’t do much to buck one up when one is standing swaddled like a walking newborn before a larder holding nothing but root vegetables, legumes, and meat bones. Discovering new uses for old, cold-time staples does, and lentils are an especially toothsome (and inexpensive) winter offering.

Chef Richard Allen of Guerneville’s Willowside Cafe scoffs at the suggestion that cooking through the rigors of winter is difficult. And tough it’s not, at least not in the mouth.

Asked to propose a dish both unusual and nourishing for the doldrums of February, Allen is prompt. “I’ll tell you what I’m doing,” he says from the din of his kitchen. “Quail on lentils.” Assuring that quail can be ordered fresh from any reputable local butcher (ask for it to be boned) or can be purchased frozen–bones and all–at most Asian markets, Allen stuffs his little birds with a distinctive sauté of pancetta, onions, and sage. He then browns the quail on all sides and bakes them in a hot oven for no more than 10 minutes.

French lentils are prepared over a quick sauté of carrots and onions, with plain water added to keep the legumes loose as they cook. When the lentils are tender, Allen adds a soupçon of white truffle oil (found at most specialty food stores and to be guarded with your financial life) and a small garnish of red mustard leaves. If he weren’t using the pricey oil, Allen would simmer the lentils in a rich dark stock, but withholds it here to prevent the two flavors from duking it out on the plate.

The quail are rendered tenderly atop a serving of the lentils and garnish, causing the mustard leaves to wilt slightly, and a fried quail egg is placed delicately to the side. “It’s wintry and not too heavy,” Allen declares with satisfaction, noting that his restaurant serves the dish with a salad composed of blood oranges, fennel shavings, and thinly sliced red onion. The dressing is based on a squeeze of the oranges’ juice, a teaspoon of Dijon mustard, and a dose of balsamic vinegar. Whisking in a drizzling of best-quality olive oil binds the combination until it is silky.

Russian scholar and cookbook writer Darra Goldstein offers some simple recipes for the indoor months, authoring The Vegetarian Hearth: Recipes and Reflections for the Cold Season (HarperCollins, 1996), a compendium of tales, traditions, and meatless ways to endure the darkest days of the year.

Goldstein offers another legume legacy, suggesting a pot of her Turkish Lentil Soup, given to her by Turkish scholar Nevin Halici (and we thought academics spent more time in the library than the kitchen!).

Drain the softened chickpeas and place in a stockpot with the bulgur, lentils, and water. Bring to a boil, then simmer the soup, partially covered, for 45 minutes.

Stir in the onion, 1 tsp. of the cayenne, and the salt. Cook for 15 minutes. Add coriander and simmer for an additional 5 minutes.

To the melted butter, add the remaining 1/2 tsp. cayenne and the dried mint. Transfer the soup to a tureen and top with the butter mixture. Serve immediately to 4 hungry people.