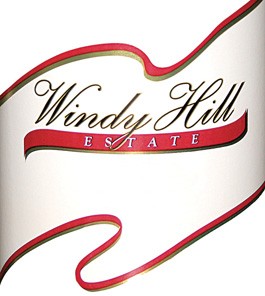 Everyone sees it, yet hardly anybody knows it’s there. Like a riddle bottled up in a mystery, Windy Hill is all but hidden in plain sight. Regular drivers along Highway 101’s Cotati Grade know that it’s significantly colder up here, thanks to a fishtail-inducing wind and a dark finger of fog, straight out of the Petaluma Gap, that condemns this bald-headed hill to cold, gray summer afternoons. For a time, it looked like the vineyard that spirals precipitously around these slopes might lose its battle against tall weeds; then one day, sheep appeared to mow them down. The next year, sheep were gone. Signs went up announcing a blowout “divorce sale.”

It’s the kind of place that might suggest exotic stories, as if some charismatic, high-flying foreign investor had launched a grand boondoggle before decamping to the deserts of Libya, popping back in once in a while to wave away sheep or lower prices. And yet, that’s the story exactly.

Impervious to phone calls or emails, the truth can only be found at the end of a winding drive, past the stunted survivors of what must have been planned as a palm tree-studded promenade, where we find a modest little winery atop the hill. Inside, an affable tasting-room manager named Bill laments that he’s the Maytag repairman of the wine business: hardly anyone comes up here. There’s a long bar with stools, a fantastic view and a custom-built chopper for sale, quite randomly. Bill says they’re aiming for a Burgundian style here, and on at least one count, that is no tired line: alcohol content of all but one vintage is a positively European 12.5 percent.

A little allspice and milk chocolate warms up the 2006 Sonoma Coast Pinot Noir ($15), wrapped up with a fine herbal, cranberry-tart finish. The 2005 Pinot Noir ($15) got the dark, toasty oak treatment, with chewy dried berry fruit and bigger tannins, while the 2004 (also $15) veers between volatile and green candied aromas, prettied up with potpourri. The blowout-priced wine is the library, 2001 Pinot Noir ($9). Long in the tooth by Californian standards, it smells of aged weeds but finishes with wispy-fine tannins. Fans of moderately priced Burgundy, at the least, should find nothing to complain about. Small praise, but watch this unlucky little vineyard as it grows up. Who knows, it might turn out that everybody talks Burgundian, but hardly anybody knows it’s here.