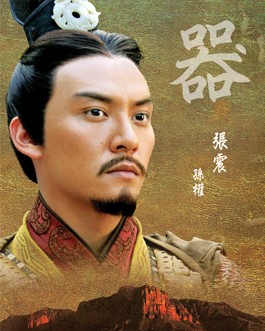 Carved from a two-part movie of nearly five hours, John Woo’s humongous Chinese hit Red Cliff seems to be either too short or too long. Promising subplots keep trying to break out. Emotional moments rise out of nowhere, only to have their force dissipated by yet another battle scene. I saw thousands die, most of them impaled by spears and arrows, but I couldn’t tell you for certain which side they were on. The scope of this epic is positively mountainous, as if someone were trying to recreate the scope of the American Civil War in a couple of hours.

The classic Chinese novel Romance of the Three Kingdoms goes over the material so thoroughly that every Chinese viewer will know immediately who everyone is in this tale. Following the style of Kurosawa’s Ran, Zhang Yimou used to fussily color-code the armies for vast, toy-soldier views. Woo drops us in the middle of the scrimmage, his camera following the thrusts of spears and the slashing of swords. Woo takes men and horses charging to an extreme not seen since the 1960s. When he adds explosives to the mixture—after a very funny montage of a general roaring that the fire bombs need to be bigger, bigger!—there’s no arguing that the scope of this movie flabbergasts.

But Red Cliff is People’s Republic titanism, the exuberance of a puritan culture. Woo was never as much a sensualist as some of his colleagues in Hong Kong’s never-to-be forgotten cinema of the 1980s and 1990s; the flapping white doves of chaste love are his trademark. A love scene with Xiao Qiao (Lin Chi-ling) shows only a little bit of unwrapped back. Even if she weren’t the only love object in the film, Lin is almost unfairly beautiful.

Woo’s motif is to use her as the embodiment of peace itself—and when I say “motif,” I mean she literally spends her spare time calligraphing the word “peace” on paper. As for woman-warrior power, the subplot of the general’s sister Shangxiang (Zhao Wei), who joins the army and becomes a spy had part of its story line cut for this Western edition. Women hardly hold up half of this movie’s lowering skies.

In 200 A.D., the power-mad prime minister Cao Cao (pronounced “chow-chow” like the relish, not “cow-cow” like the Ella Mae Morse boogie) has bled China into a kind of peace. But some of his former enemies are restless: a pair of them, Liu Bei (You Yong) and Sun Quan (Chang Chen), hole up at the Yangtze River fortress of Red Cliff to wait for the attack by sea.

Among this cliffside assembly of royals and generals, the most fascinating figure is the Confucian paragon Zhuge Liang (played by the Taiwanese/indigenous Okinawan actor Takeshi Kaneshiro, one of the coolest presences we have in 2009 cinema). The adviser’s tactics save the entrenched rebels from the vaster force. Whenever this calm, white-robed strategist enters, some particularly exciting business develops. Zhuge figures in an ingenious way to collect weapons, using fog and decoys. He also engineers a way in which an attacking cavalry is lured into a maze of iron-shielded phalanxes, as cleverly synchronized as a football half-time show.

Red Cliff assures us the ancient Chinese had knowledge of everything from soccer to the infectiousness of diseases. We’re more likely to believe it when Zhuge shows his knowledge of meteorology. The flaming finale is Zhuge’s greatest gambit, involving the flickering of a candle, the ultra-close-up shots of drops of water falling from a water clock, and one man’s assurance that a handful of seagoing people can take on the landlubber Cao Cao’s ridiculously huge armada.

The very end, of course, is a reprise of Woo’s most famous contribution to cinema, the multi-angle Hong Kong standoff, so famous that it’s being parodied on AT&T commercials right now, some 15 years or so after its invention (i.e., “Sorry Billy. Happy Pony is on. And I’m not missing Happy Pony”). Cutting Woo’s epic down to size was a fool’s game, and it makes me wonder what it would have been like if the only comparable epic, Peter Jackson’s Lord of the Rings, had been similarly shortened with Aragorn out of it or with Gollum as a walk-on.