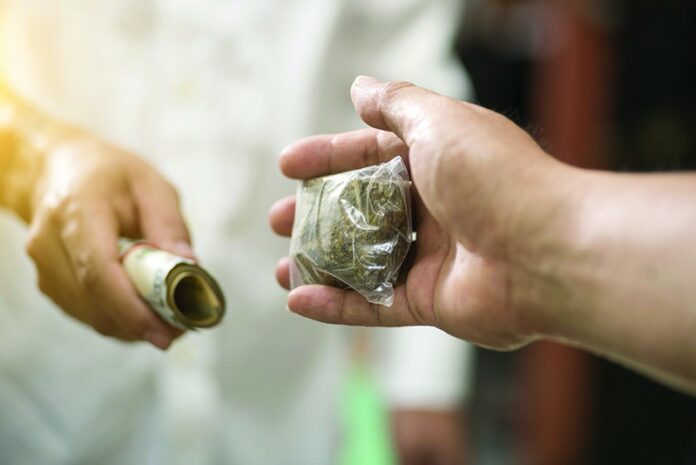 California is on track to generate $1.9 billion in legal marijuana sales this year, according to New Frontier Data, a financial analysis firm tracking the market. That’s a lot of weed, but it’s only half the amount the firm earlier estimated the state would rake in.

New Frontier Data bases its estimates on tax revenue from pot sales, which so far have fallen dramatically short of projections. According to the firm, the state collected $33.6 million in pot taxes between Jan. 1 and March 31, which makes it extremely unlikely tax revenues will meet original expectations of hitting $175 million in the first half of the year.

New Frontier had earlier estimated that the state would see $3.8 billion in marijuana sales this year, and this latest estimate slashes that number by a whopping 50 percent. The company also slashed its projections for the size of the legal industry by 2025. Instead of the $6.7 billion in sales it earlier estimated, it now says it thinks sales will only hit $4.7 billion, a hefty one-third reduction.

What happened? New Frontier has an idea.

“It is quite clear that the new adult-use regulations have made it more difficult than anticipated for the legal market to get established and for consumers to transition from the illicit market,” says New Frontier founder and CEO Giadha Aguirre De Carcer.

State and local licensing fees for marijuana businesses can range from $5,000 to $120,000 per year, depending on the type and scope of the business. There’s also a serious lack of buy-in by a good portion of the state’s cities and counties, which means that a big chunk of the state has no access to local legal marijuana.

If there’s no governmental support locally, “then there’s no option for a state license, and that’s why most people are being shut out at this point in time,” California Cannabis Industry Association (CCIA) executive director Lindsay Robinson told the Marijuana Business Daily.

According to CCIA spokeswoman Amy Jenkins, only about one-third of the state’s 540 local governmental entities have approved commercial marijuana activity. Lack of legal access is “forcing consumers to turn to the illicit market,” she told the Los Angeles Times.

Or return to it. Or stay in it, if they never left it.

Ultimately, the only way to end the black market is to legalize marijuana nationwide, but we’re not quite there yet. In the meantime, California’s transition to a legal marijuana regime is facing some unhappy realities.

Phillip Smith has been a drug policy journalist for two decades. He is currently a senior writing fellow at the Independent Media Institute.