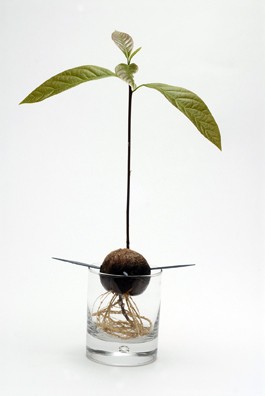 Whither the Alligator Pear?

Frost, fire and water cutbacks have delivered a mighty punch to the gut of the California avocado industry. Yield is down, as are the farmers. Fruit-set for next season is looking grim, and while growers struggle to regain their feet, a nonstop stampede of Mexican, Chilean and other foreign avocados is flooding the market and deceiving consumers into thinking all’s gravy in the avocado biz.

But it’s not. The base of the problem stems back to Jan. 1, when an emergency court order, intended to protect the threatened Sacramento Delta smelt from death by pumping, called for a 30 percent cutback on water flow from the delta to Southern California. Farmers, in turn, received a prompt 30 percent reduction in irrigation water.

Avocados, a jungle fruit being grown in the desert, require between three and four acre-feet of water per acre per year to remain vibrant and fruitful. (Grapes, by contrast, require just one, as do blackberries.) Thus, the men and women who grow avocados have been put in tight quarters, and to keep at least a portion of their orchards healthy, many have had no choice but to cut down as much as one-third of their trees.

They call it “stumping,” and word has it that throughout rural San Diego County all winter, spring and summer, the buzz of chainsaws could be heard in the distance. To stump a tree does not kill it, but merely leaves it dormant. The action also halts the tree’s photosynthetic processes immediately. Water consumption nearly ceases, so that for neighboring trees still bearing foliage, fruit and flowers, life may go on. The reckless farmer who decides not to stump in such a time as this would simply wind up with a withered canopy across the property and perhaps enough scrapings for a bucket of guacamole.

As stumped trees are not dead, they quickly bounce back to life; new leaves and buds sprout from the sawed-off stump and, generally, within three years the branches hang heavy again with fruit.

That is, if there’s water. Gary Arant, general manager of the Valley Center Municipal Water District, doesn’t believe there will be. While droughts may end within two or three years of their inception, legal matters involving water, desert cities, farmers and endangered species are liable to linger for a decade or more.

“These farmers are in this for the long haul, and eventually their trees will have to just come out,” he predicts.

Economically, he says, there is little sense in stumping as a long-term course of action; the trees still require some water—a monetary expense—while producing no fruit at all. Stumped trees are dead weight and a financial drain on a farm.

That is why brothers Noel, Jerome and Al Stehly, who run their family’s certified organic ranch near Valley Center, stumped only 40 of their 800 total acres of avocados and have instead directed their efforts toward seeking a new source of water. They’re going underground. However, the local subsurface supply of groundwater is relatively salty and unsuitable for avocados. A study by Dr. Gary Bender, farm adviser with the UC Davis extension in San Marcos, showed reduced yields of 27 to 40 percent in avocado trees irrigated with brackish water. Even blending 30 percent groundwater with the remaining allowance of fresh district water to fill the current water void, says Bender, would not sufficiently dilute the salt.

But the Stehlys have purchased four nanofiltration pumps, each of which can desalinate as many as 300 gallons of briny water per minute and could alleviate the water shortages faced by their crops, which include blueberries and citrus. However, Jerome Stehly concedes that the pumps are very expensive. He believes Northern California “is letting a surplus resource run out to sea.” That, of course, would be the Sacramento River.

“It’s ridiculous,” he says. “They have extra water, and we can’t get it. There need to be compromises to keep agriculture alive in California, and though I don’t believe extremists are trying to stop agriculture—they’re trying to stop urban growth—what they’re stopping is farming.”

Tom Markle, 71, has grown avocados for 36 years near Escondido with his wife, Mary, but the future is looking grim. The Markles’ groves total 29 acres and approximately 3,400 trees. In October, fires damaged or entirely torched about 1,700 of them. The winds generated by the heat reached 100 miles per hour and knocked much of the rest of the crop from the branches. Current fruit-set is low, as it is across the county’s 26,000 acres of avocado trees, and, like most other farmers, Markle stumped a few trees to meet the water availability. Next season, he foresees a crop yield just 25 to 30 percent of his usual 300,000 to 400,000 pounds.

“Small farmers are hurting,” Markle says. “We need more water, and it’s not going to come from the sky.”

It may not come from the north either, due to environmental concerns for salmon, the delta smelt and the Central Valley ecosystem as a whole.

“And that’s a reasonable concern,” Markle allows, though Arant believes that water pumping has been overrated as the sole cause of declining fisheries. He says that the Chinook salmon collapse, for example, was due in large part to ocean fishing and river pollution.

Farmers Bill and Carol Steed are struggling, too. They grow avocados, berries and citrus near Valley Center, in the north of San Diego County, and had just put 25 new acres of blueberries in the ground when word of the January water cuts arrived in November. They now have only 25 percent of their total water needs.

“An immediate solution,” Carol Steed points out, “would be if all residential users cut back their intake by 3 to 4 percent.”

After all, agricultural use of water in San Diego County runs just one-seventh the volume of what urbanites use, much of which fills pools, makes cars shine and otherwise goes down the drain.

“I’d like to see San Diego start sending its reclaimed water up to the groves, but getting it there is the main problem,” says Dr. Bender, who believes that treated sewage water could be “the future” of Southern California farming.

Meanwhile, water officials expect the cuts on agricultural water use to increase next year to 40 or even 50 percent of farmers’ 2006 intake. Some farmers are bailing out of the business, and Markle recently put two-thirds of his family’s avocado acreage up for sale as their financial problems mount. Markle expects that whoever buys the land will remove most of the trees.

Avocado production in California took a heavy hit beginning with the frosts of January 2007. The fires of last October and the widespread stumping has since spurred a rapid loss of acreage, which has nose-dived from 65,000 to 58,000 acres in the past 18 months. Yet nationwide demand for the creamy fruit, once called “poor-man’s butter,” is higher than ever, and acreage overseas is expanding as avocado imports pick up the slack for lagging domestic farmers. The North American Free Trade Agreement opened the doors in the 1990s to fruit from Mexico, Chile and elsewhere, and today foreign avocados dominate the marketplace.

Consumers might think twice about buying Mexican avocados. While Mexico’s tropical avocado groves don’t face water shortages, in Michoacan, the center of production, avocados have directly replaced abut 30,000 acres of rainforest since 1997, when NAFTA opened the American market to Mexican avocados and spurred the acceleration of the already growing Mexican industry.

Today, Michoacan avocado groves cover 228,102 acres, generate 2 billion pounds of avocados yearly and provide the United States with approximately half of its consumption, which hit 1 billion pounds last year. Chile provides about 15 percent of the American demand, Peru may enter the market in 2010, and California now supplies just 30 percent of domestic avocado use.

“What are we going to do, grow all our food offshore?” asks Jerome Stehly.

Carol Steed hopes that people will take a greater interest in conserving water at home and in protecting California’s farmers.

“We’re hopeful—and maybe this is naïve—that the state and the public will eventually appreciate the value of locally grown food. Eventually, we have to decide how important it is to grow our own food in our own country.”