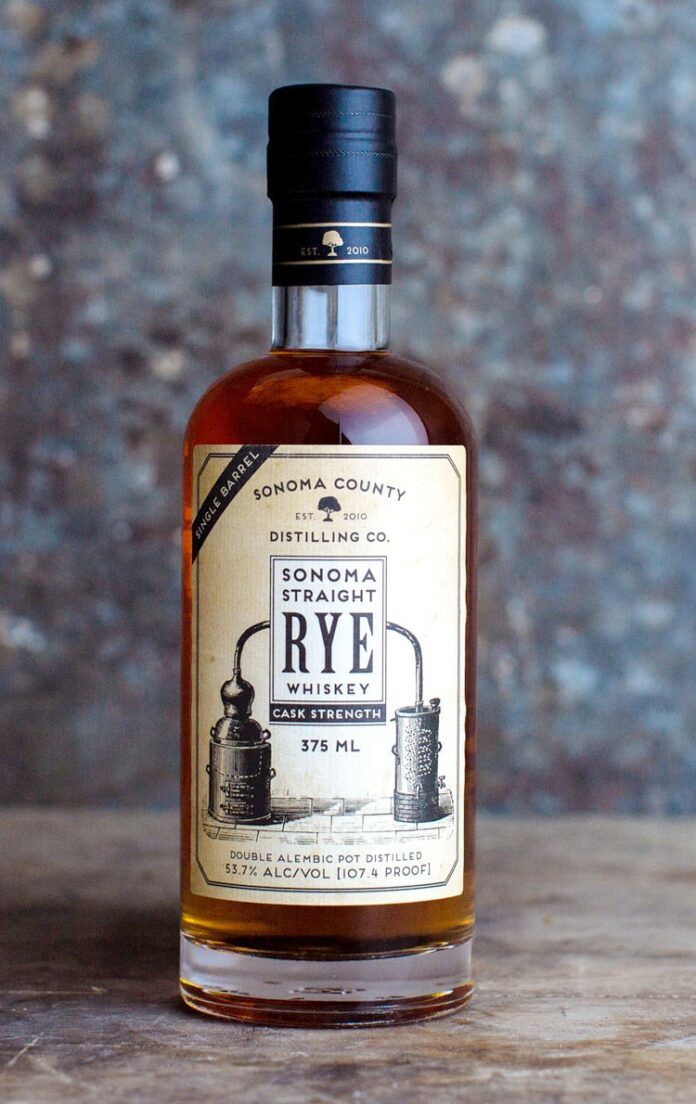 The taste of local spirit at Sonoma County Distilling Company

There’s a new smell in the air in Rohnert Park. It’s a good smell, but unfamiliar: a little industrial, a little sweet, it’s reminiscent of the malty, slightly soapy savor of a brewery at full steam. It smells like beer gone to heaven.

What it doesn’t smell like is straight-up grain alcohol, which is the principle product of Sonoma County Distilling Company. All but hidden in a workaday warehouse behind other businesses, this distillery specializes in the brown booze—whiskey, which starts life as clear and fresh-looking as the Cobb Mountain spring water it’s made with. Like a slow spring, the spirit dribbles out a copper spigot into a steel drum flanked by a battery of direct-fired pot stills that run six days a week, their flamboyantly looping copper pipes feeding the drum, drop by drop.

It’s no accident that the alembic-style stills are fashioned in a distinctly Moorish style, says owner and distiller Adam Spiegel. The design is straight out of the 11th century, but more often seen in cognac production today than American whiskey making.

Spiegel quietly amassed a cellar full of whiskey since the business was founded in 2010 as 1512 Spirits. By 2013, he had bought out his business partner and rebranded as Sonoma County Distilling Company with a madrone tree logo. For Spiegel, although he commutes from San Francisco, it’s more than a name: he’s aiming to produce a signature “grain to glass” style, even inviting local yeasts to contribute to the fermentation, that can’t be reproduced elsewhere.

The fruity esters of all this effort are available to taste, five days a week, in another surprise: a furnished tasting room that looks kitted out for a whiskey party, complete with an out-of-tune old player piano. But it’s no “bar” bar, since state law limits each visitor’s imbibing to six quarter-ounce samples. If you like it, you may take three bottles to go—and some whiskeys are available at the tasting-room only, like the spicy, cask-strength, single-barrel Sonoma Straight Rye Whiskey ($50, 375ml) that they’re awfully proud of for taking home Best of Whiskey at the 2017 American Craft Spirits Association awards. Tours are recommended, not only to glean a better understanding of why these craft whiskies cost more than some others, but for the souvenir Glencairn whiskey tasting glass you get to keep. It’s the proper way to appreciate the new smell of Sonoma whiskey.