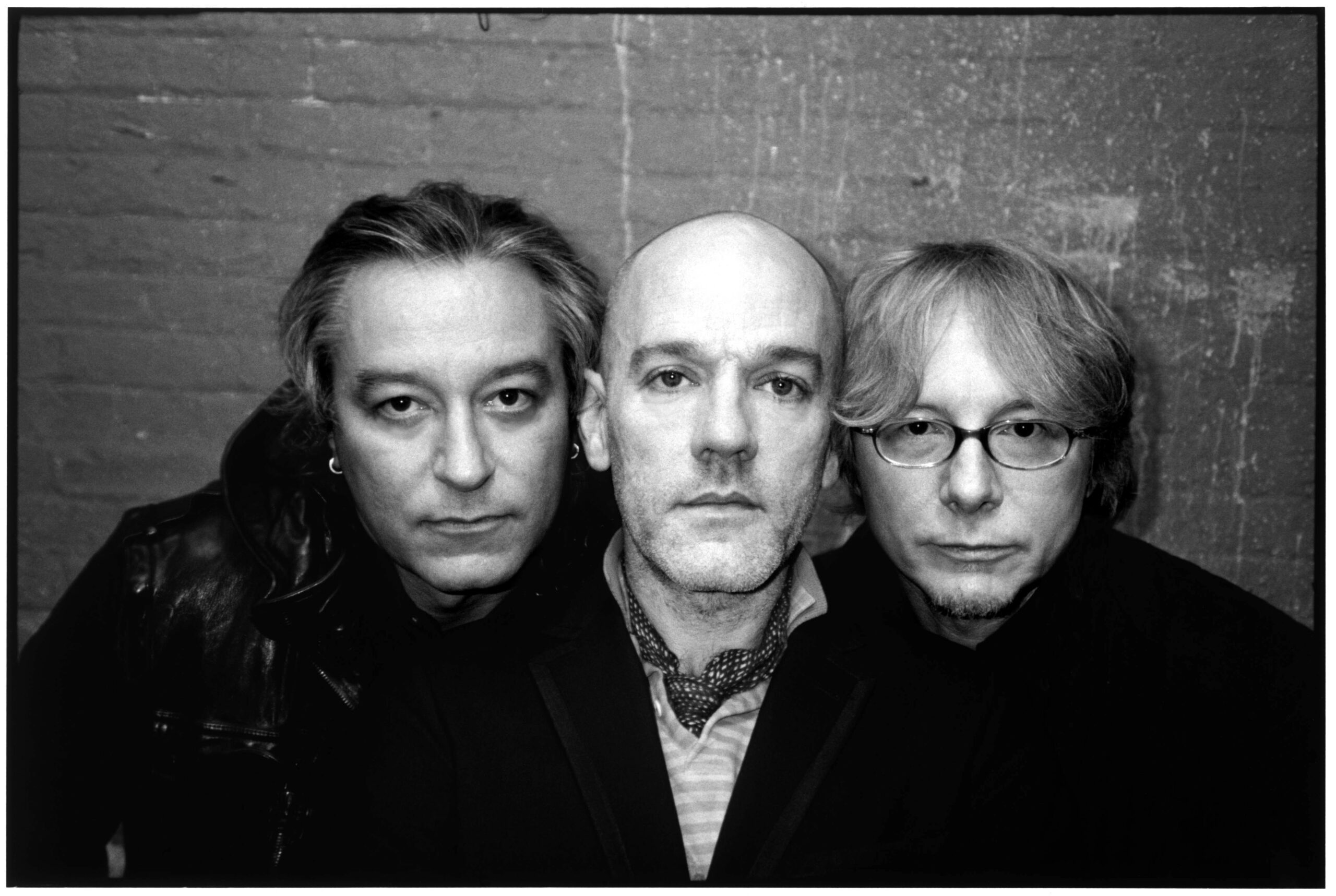 Most reviews of R.E.M.‘s new album Accelerate either celebrate a rocking, political “return to form” or criticize a safe, self-conscious attempt to recapture the adoration of the masses a la U2. Both viewpoints have their merit, but in a purely aesthetic sense, the 34-minute album is truly enjoyable, especially following two near-slogging records. Around the Sun from 2004, and Reveal three years earlier, squandered the promise of the adventurous Up, which boasted a wounded yet shimmering perseverance after Bill Berry’s departure. Accelerate thankfully presents not only Peter Buck’s much-missed guitar crunch & bass virtuoso Mike Mills’ invaluable backing vocals, but also Michael Stipe’s most lucid political lyrics to date, especially poignant in the opening lines of post-Katrina-migration tale “Houston”: “If the storm doesn’t kill me, the government will.”

What’s most exciting for me about Accelerate is the opportunity for new fans to discover the band’s rich discography, as I did myself following 1994’s Monster, the band’s first cathartic “back to rock” album. As Bryan Adams said, “Kids Wanna Rock”, and I admit that only an album like Monster could’ve been my gateway to the band’s more nuanced work, whether the Southern-gothic folk of Fables of the Reconstruction or the fragile majesty of Automatic for the People.

Let’s be honest. The average teenage rock-radio listener is conditioned to want/need aggression of some sort (so much so that even Limp Bizkit had a successful career). Michael Stipe’s sometimes painfully bare vocals catalyzed my appreciation in general for male vulnerability in pop music. It’s hard to imagine the 14-year-old me digging Rufus Wainwright as much as I do today. Or anyone over 30.

To the new R.E.M. converts, enjoy. There’s nothing like discovering a band with over 13 albums ready for excavation, allowing you to forego the usual frustrated longing for new material as a fan of younger artists. Soon, you too can hope and pray for live performances of your favorite decades-old rarities. To get you started, here are some of R.E.M.’s best album tracks (yes, even from their recent records):”Stumble” – Ahh, the power of the arpeggio…Chronic Town, 1982″9-9” – Surely written after they opened for Gang of Four.Murmur, 1983″Little America” – About the joys of being broke as hell and touring the country in a van.Reckoning, 1984″Life and How to Live It” – The best rock anthem that nobody knows.Fables of the Reconstruction, 1985″Just a Touch” -Referencing Patti Smith’s version of “My Generation” and possibly dissing the Beatles.Lifes Rich Pageant, 1986″King of the Road” – Charming yet inebriated Roger Miller cover that foreshadowed the Hindu Love Gods album.Dead Letter Office, 1987″Strange” – This Wire cover tests your tolerance for Stipe’s trademark whine.Document, 1987″You Are the Everything” – Bucks discovers something called a mandolin and Stipe finally relishes “the first-person”.Green, 1988″Low” – A bizarrely catchy, experimental love song from an album full of them.Out of Time, 1991″Monty Got a Raw Deal” – About Montgomery Clift or witnessing a lynching…or both…or neither.Automatic for the People, 1992″I Took Your Name” – Stipe name-checks Iggy Pop in exchange for the Stooges riffs.Monster, 1994″The Wake-Up Bomb” – This glam-rock ode to a hangover is “Little America” 12 years and millions of sales later.New Adventures in Hi-Fi, 1996″Parakeet” – Perfectly captures the feeling of hesitation that reportedly plagued the recording sessions.Up, 1998″The Lifting” – Unfortunately, this rollicking opening track did not set the tone for the rest of the album.Reveal, 2001″I Wanted to Be Wrong” – It’s a shame more people didn’t hear this tender exploration of post-9/11 domestic confusion, but at least Bill Maher put it on his iPod.Around the Sun, 2004—David Sason R.E.M. plays UC Berkeley’s Greek Theatre with Modest Mouse and The National on Saturday, May 31st. Tickets go on sale this Sunday at 10am.