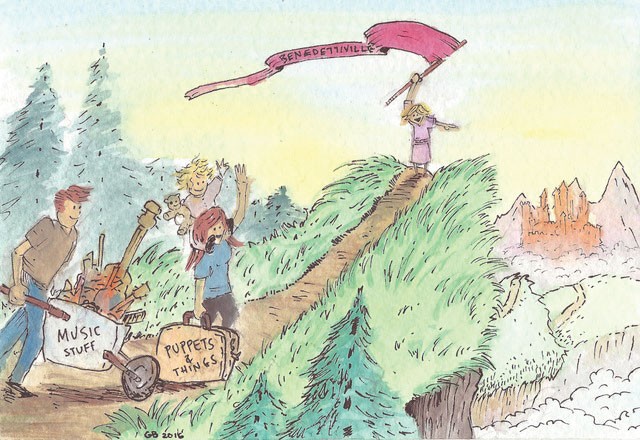 Husband-and-wife team Gio and Jen Benedetti are masters of blending music, stories and puppet shows while captivating the attention and energy of their young listeners.

Gio and Jen are both educators and veteran performers. Gio has a second life as the bassist for the Brothers Comatose and Toast Machine, and Jen has spent much of her life performing in musical theater and rock bands. “Going to see Benedettiville is like taking imagination vitamins,” says Jen.

After a touring stint in California, Benedettiville will be headed up to Canada in July to share their music and fun on an international level. In addition to their live performances, Benedettiville releases a bimonthly storytelling podcast, and is scheduled to release an album this fall. A storybook inspired by the shows may also be in the near future.