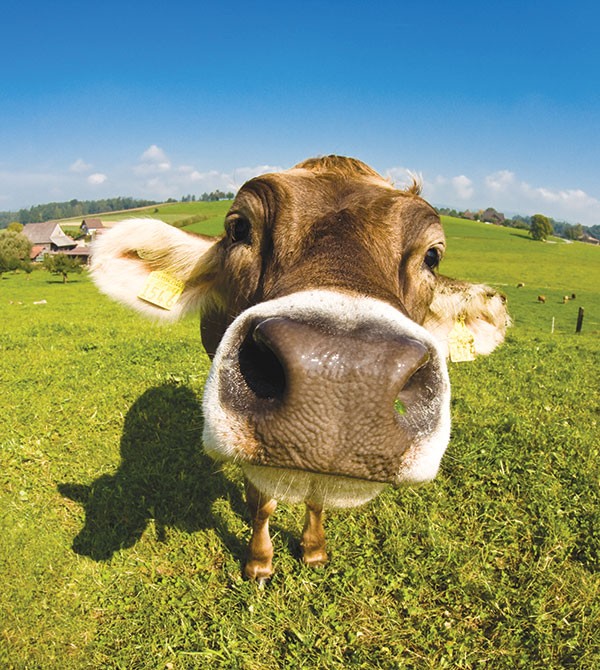 As marijuana becomes legal in more and more states, pot people are growing more and more creative in novel uses for the plant. We’ve seen edibles of all stripes, oils and tinctures, cannabis beers and spirits, super-potent THC oils, and more. We’ve even seen stems and leaves used as pig feed, but whether pot as hog slop—or any other animal feed, for that matter—has a future remains to be seen.

Susannah Gross, who farms north of Seattle, supplemented the diet of four pigs with plant leavings courtesy of medical marijuana grower Matt McAlman during the last four months of their lives, and she said they ended up 20 to 30 pounds heavier than other pigs from the same litter that didn’t get the “special” feed.

“They were eating more, as you can imagine,” she said.

Gross wasn’t the only one imputing special qualities to the grass-fed pigs. William von Schneidau of Bill the Butcher, an upscale shop in Seattle’s Pike Place Market, butchered and cooked up the hogs, holding a “Pot Pig Gig” at the market, where he served up the pork as part of a five-course meal.

“Some say the meat seems to taste more savory,” he said.

The bacon had a “smooth and mellow” taste, said Gross’ husband, Jeremy.

And grower McAlman was having visions of pot-fed everything. “We can have pot chickens, pot pigs, grass-fed beef,” he dreamed.

Alas, it has yet to materialize. The Pot Pig Gig was in 2013 and turned out to be a one-off event, Bill the Butcher went broke, and all seems to be quiet on the marijuana-as-animal-feed front.

Part of the reason is fear the practice won’t pass muster with health authorities. Neither the FDA nor USDA made any noise about the pot-fed pigs, but that’s most likely because it was a one-time deal. But either the feds or state authorities could step in to prevent the use of pot grow leftovers as animal feed if the practice appeared to be taking off.

That’s because they can point to research suggesting that THC contained in the grow leftovers could, in theory, be passed on to the consumer. The European Food Safety Authority has found that adding even small amounts of hemp seeds or leaves can cause enough THC to accumulate in the milk of dairy cows to pass it on to consumers. That leaves American cattle farmers skittish about using even hemp seed, let alone marijuana grow leftovers.

Will we ever see cannabis-fed carne asada or bud-derived bacon? Only the fullness of time will tell. Meanwhile, consuming the weed first should make the meat all the tastier, even if it isn’t from pot-fed livestock.

Phillip Smith is editor of the AlterNet Drug Reporter and author of the Drug War Chronicle.