Out There Expo is Santa Rosa's Coming Out Party 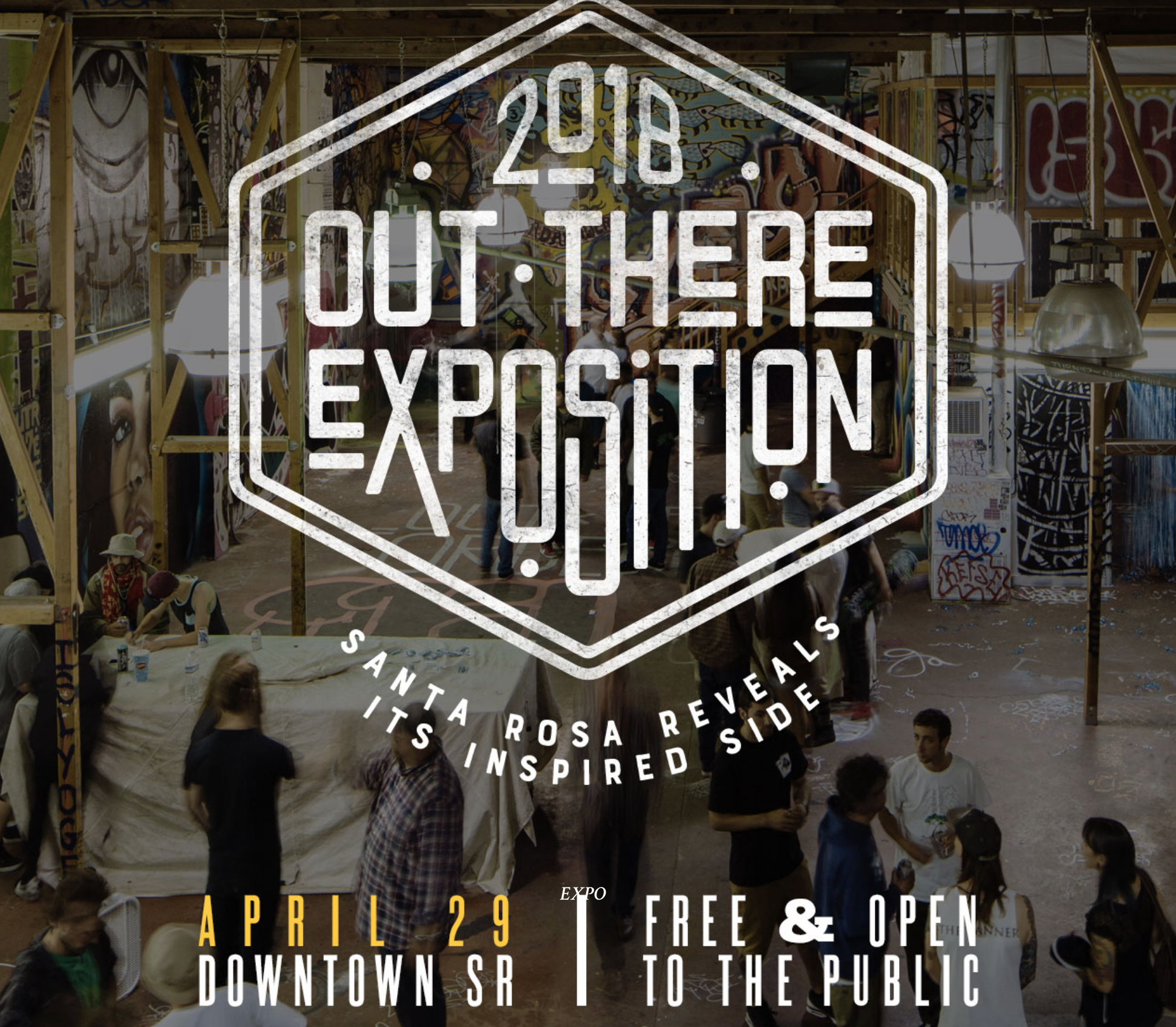 Petaluma has it boutiques and pre-1907 earthquake architecture. Sonoma and Napa have wine stardom. Guerneville has the river and gay pride. Santa Rosa is the county seat, but has always fallen between the branding cracks. Out There Santa Rosa, a new website and an upcoming expo, are hoping to change that, one step at a time. Early this year, Facebook ads started popping on Bay Area residents’ screens, featuring a gritty, urban look and feel. “Out there. In the Middle of Everything” read the slogan on the adds, leading to a website where the city’s bike culture, music scene, food and art are showcased and profiles with prominent locals are displayed.

The media push has been leading up to the Santa Rosa Out There Exposition April 29 where the city aims to showcase its virtues. The Idea Cooperative, a boutique agency with branches in Petaluma and San Anselmo and Matt Sharkey, a Petaluma-based event marketing consultant who had previously worked with Levis, Cliff Bar are the brains behind the campaign. The Idea Cooperative, the city of Santa Rosa’s go-to for all things branding and marketing, teamed up with Sharkey in the hopes of diversifying Santa Rosa’s image and appeal, starting with a neighborhood focus—Railroad Square and Rosemont are first —and expanding to additional city corners later.

“We’re focusing on all of the makers and creative class that aren’t at the forefront of everybody’s mind,” says Sharkey. “Santa Rosa have always been known for its proximity to the wine making region, and now sadly it’s also knows for the recent fires, while the whole idea is to showcase the talented people who make up the culture of the city itself, to give a more robust look.”

Sharkey, who grew up in the South Bay and have lived in Sonoma and Marin for the past 20 years, remembers discovering the city’s skater community as early as the 90s and realizing that not many people outside of Santa Rosa are aware of it.

“Usually you’d have to talk to someone from the city specifically to know about its creative happenings,” he says, “and often even locals aren’t fully exposed to Santa Rosa’s vibrant arts community.”

The upcoming free expo will be located at Out of Order Warehouse, a regular host of graffiti and mural exhibits near Railroad Square and the Art Museums of Sonoma County. Inside, Justin Shaw of Faith Tattoo will offer free Santa Rosa-themes tattoos, and a screening of Rosa Park, a short documentary directed by Jon Lohne about the historic Santa Rosa Skatepark alongside an art exhibition by local artists. Outside, bike stores will offer repairs, brews from the likes of Plow and Moonlight will be poured and wines from wineries from Woodenhead, St. Francis and D’Argenzio Winery will be sipped to the sound of local bands like the The Easy Leaves, Lungs & Limbs and others.

All proceeds from wine and beer sales will go to the Lost Church, a local nonprofit experimental theater which is now seeking a permanent facility.

Sharkey says he’ll be thrilled with 500 guests but anything above 300 will do, especially if it’s a mix of local families who are curious to rediscover their community and San Francisco dwellers who, upon visiting, will hopefully decide to ditch the coast and the vineyards for a dose of Santa Rosa charm, at least occasionally. He thinks the city is ready: “My observation is that there’s been a lot effort put into reinvigorating the city in the last couple of years, to really make it a destination,” Sharkey says.