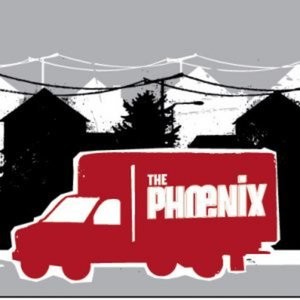 Spurred by the sad death of the Boston Phoenix, the New York Times posted a video today of A.O. Scott talking to David Carr about those strange, supposed fossils called alt-weeklies. It takes a certain suspension of disbelief to watch two critics from a daily newspaper talk about how alt-weeklies are becoming outdated because they’ve been replaced by the Internet, but whatever. David Carr worked for Washington City Paper and thinks The Stranger is awesome, so we humored their New York Times-ness and watched it anyway.

What this video does—really what all the post-Phoenix coverage has done—is try to define exactly what alt-weeklies do, what purpose they serve, what void would be left if they all went away. The two go through it point-by-point. For those under 30, they say, alt-weeklies are those papers you can get for free. They have (or once had) epic journalism, that you couldn’t find anywhere else (which is pretty cool to hear on the Times‘ site). They’re insanely local—almost tribal. They’re crusaders. They’re cheap, smeary newsprint with pictures of naked people in the back and hard-hitting, investigative reporting up front.

It’s a decent summation, but let’s take it a step further. After all, we at the Bohemian know what alt-weeklies are, because we work for one. We know that our staff IS bizarrely passionate about local arts and politics, to the point that we wonder why the rest of the world doesn’t laugh at our incisive jokes about Assemblyman Jared Huffman’s guitar. We can recite City Council quotes off-hand. We know that there’s always at least one copy editor (only one, in our case) who dislikes social media and harbors some weird theories about the 30-year-old office robot’s sex life. Also, we have a 30-year-old office robot. (Contrary to what our copy editor says, he doesn’t have a sex life.) We’ve all, at one point or another, published pictures of our dogs. We love newspapers, and movies about newspapers, and books about newspapers with a fanatic, spiritual love, and sometimes, if we’ve had a strong beer, the mere thought of newspapers can make us cry.

>Anyway, you can watch the video here. Be careful. It might start making you feel nostalgic for something that still isn’t gone.