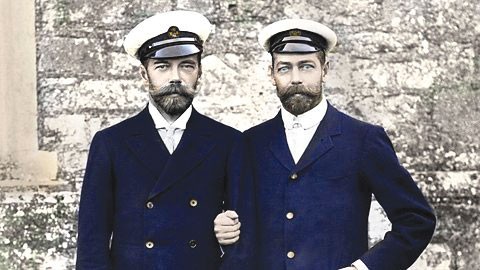 Two films look at the beginnings of WWI

It was “the war to end all wars,” and it began 100 years ago this month. In honor of the anniversary of the First World War, the Rialto Cinemas in Sebastopol offers a chance to learn from the Great War through two films that explore its origins.

On Aug. 11, Rialto screens the BBC-produced 2014 documentary Royal Cousins at War. The film delves into the relationships between Europe’s greatest powers—Tsar Nicholas II of Russia, Kaiser Wilhelm II of Germany and King George V of Britain—and the divisions and rivalries that led to the emergence of the alliance system and Germany’s growing isolation. This dramatic retelling concludes with the assassination of Archduke Ferdinand, largely considered the catalyst for the global conflict.

Next, the Rialto screens the political thriller 37 Days on Aug. 13. Also produced by the BBC, this film picks up where Royal Cousins leaves off with a behind-closed-doors account of the days between the Ferdinand’s assassination on June 28 and the declaration of war between Britain and Germany on Aug. 4, 1914. This ticking-clock thriller features an international cast, led by Ian McDiarmid (Star Wars) and Nicholas Farrell (Chariots of Fire), and is loaded with intense drama and intrigue.