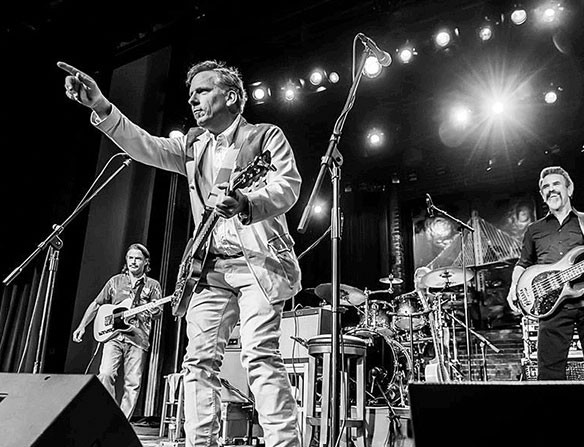 San Francisco guitarist and songwriter Jeffrey Halford is a blazing blues and roots musician who, with his band the Healers, has crisscrossed the country with national acts and received rave reviews for his scorching, driving R&B.

Halford’s latest album, Rainmaker, is a sharp and engaging record of down-home Americana and raucous rock and roll. From the buzzing slide guitars of the rambling “Lost Highway” to the searing organs of “Vinyl” and the surprisingly poignant acoustic ballad “Thunderbird Motel,” the whole record is a compelling, pulsing collection of rugged tunes. Halford channels the dustbowls of the American southwest, the humid plains of the Midwest and the colorful hills of his hometown San Francisco, especially on his foot-stomping ode to the City, “North Beach.”